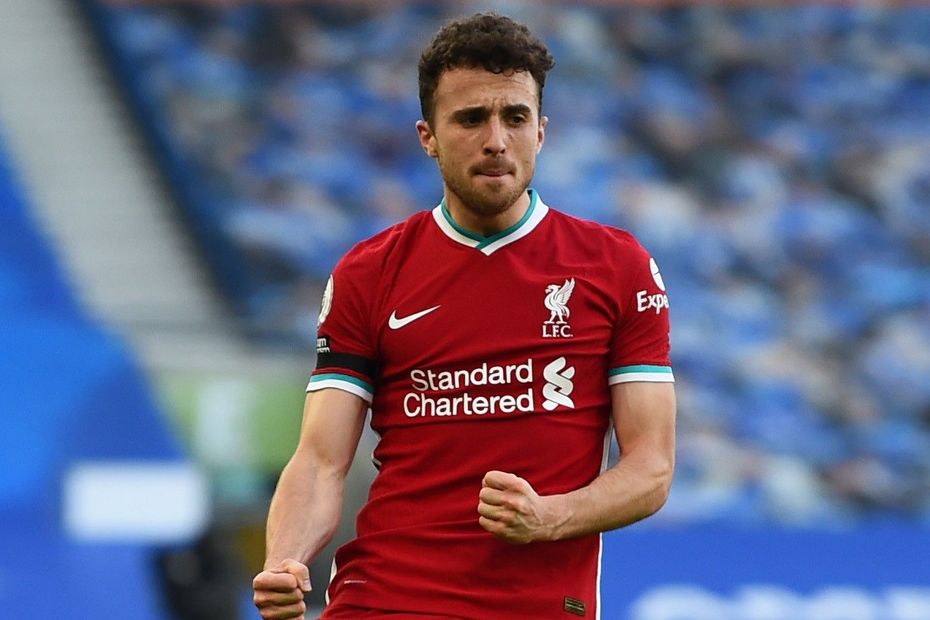 Jordan Henderson: It's hard to take but we move on External Link
Wright: Liverpool excellence is rubbing off on Jota

The rush to bring in Diogo Jota (£6.8m) in Fantasy Premier League continues after he scored his fourth goal in five Gameweeks.

Over 803,000 managers snapped up Liverpool’s Portuguese ahead of their visit to Brighton & Hove Albion.

And he rewarded their faith by netting in the 1-1 draw at Amex Stadium.

The summer signing has totalled 37 points since the start of Gameweek 6, compared with the 25 and 19 points of team-mates Mohamed Salah (£12.2m) and Sadio Mane (£12.1m) respectively.

And Jota is again the most-bought player in this Gameweek, earning over 183,000 new owners ahead of Friday’s 18:30 GMT deadline.

His seven shots on target from Gameweek 6 onwards is a team-leading total, bettered only by the eight of Bruno Fernandes (£10.8m) among midfielders in FPL.

At a cost of only £6.8m, Jota’s value is becoming increasingly difficult to overlook.

And his prospects are boosted by Liverpool’s very favourable upcoming schedule.

According to the Fixture Difficulty Ratings (FDR), just one of Liverpool's next eight matches scores more than three.

While Jota has the form to take advantage of that run, Salah and Mane’s explosive potential as captains means neither player should be ignored.

Instead, doubling up with Jota and one of Liverpool’s premium options looks the best way to take advantage of their favourable fixtures.