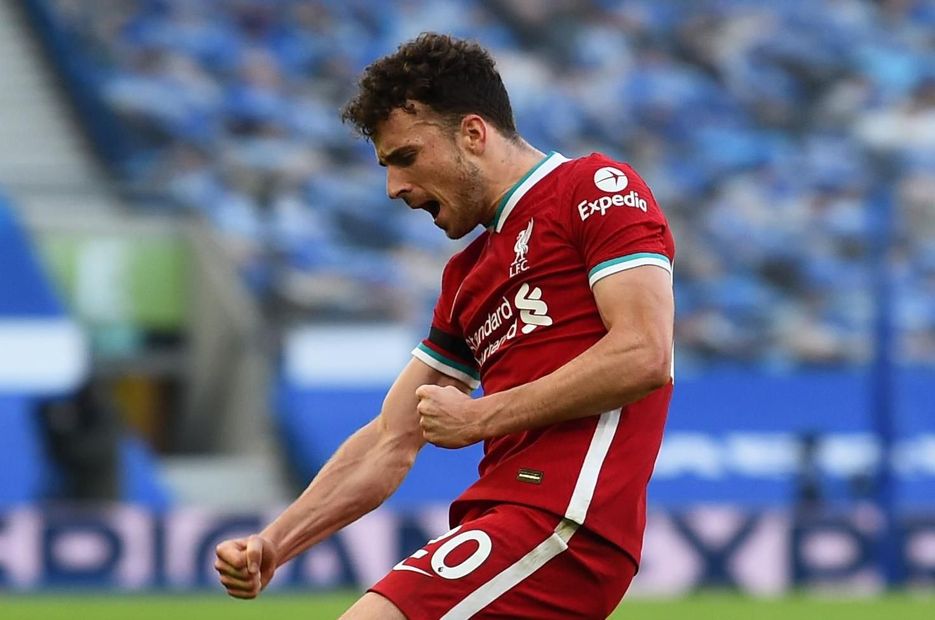 The most transferred-in player for Fantasy Premier League Gameweek 10 immediately rewarded his 803,000+ new owners on Saturday.

He is again a major target ahead of a Gameweek 11 home encounter with Wolverhampton Wanderers.

More than 102,000 managers have already transferred him in ahead of Friday's 18:30 GMT deadline, in excess of twice the number of any other player in FPL.

Jota has now averaged 5.8 points per match (ppm), second only to the 8.1ppm of Mohamed Salah (£12.2m) among Liverpool players.

And the upcoming matches look promising for further returns.

Only one of Liverpool's next eight matches scores more than three in the Fixture Difficulty Ratings (FDR).

Manchester City also have a favourable schedule until the beginning of February.

Kevin De Bruyne (£11.7m) and Riyad Mahrez (£8.2m) made a strong case for investment on Saturday, each producing double-figure hauls in a 5-0 home win over Burnley.

Mahrez’s hat-trick and 21-point haul means he is Man City’s top-scoring player in FPL, on 45 points.

Crucially, the Algerian has largely avoided being rotated by head coach Pep Guardiola this season, starting seven of the last eight Gameweeks.

An ownership of under 3.0 per cent suggests Mahrez could prove a key differential for his side’s kind run of opponents.

Save money in goal?

Budget goalkeepers were on top in the other two matches on Saturday.

Their value for money is reflective of a wider trend in FPL.

Of the seven highest-scoring goalkeepers in the game, only Wolves No 1 Rui Patricio (£5.5m) costs more than £5.0m.

Both Meslier and Johnstone are among this group, with no 'keeper ahead of the latter's 12 save points.