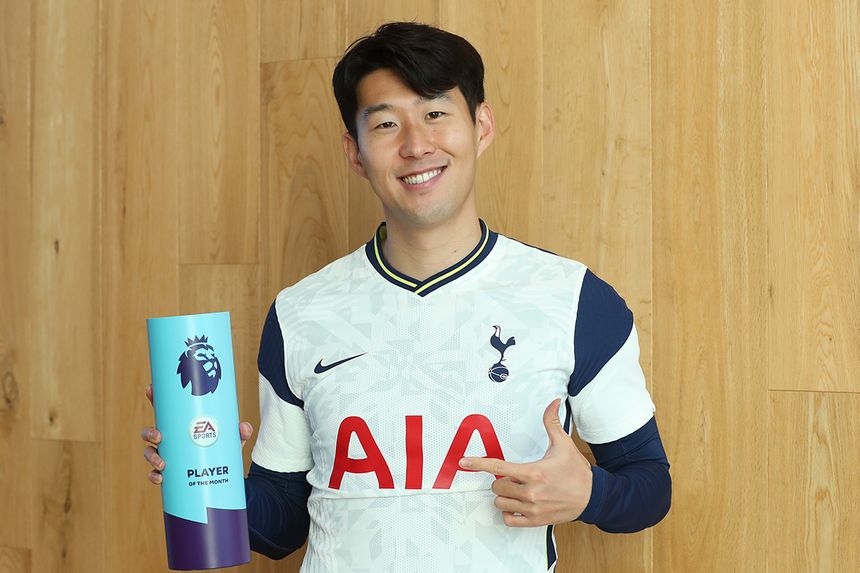 South Korean delighted to claim EA SPORTS Player of the Month, but feels Harry Kane could have won it

Son Heung-min has spoken of his delight at being named EA SPORTS Player of the Month for October, but he believes he is lucky to have received the award ahead of Harry Kane.

Son and Kane each scored four goals last month with the South Korean also producing two assists, but Son was surprised his Tottenham Hotspur team-mate, who recorded one more assist than him in October, did not win the award.

"To win this is award is a great feeling, a great achievement for me. I am really grateful for my team-mates," Son told the club's official website after being presented with his prize. "It has been a great month with great results, I am very happy.

"When I saw the list I thought, 'H' [Harry Kane] should win this easily. I never expected I would win this award because Harry has been fantastic for all the season and he completely deserves it."

The winger is now one of 21 players to win the EA SPORTS award three times, having also earned the accolade in September 2016 and April 2017.

"It is so hard to win it once, " he said. "So I am a lucky guy who has won it for a third time and, not because of this award, but I will work as hard as possible and there are many more to come if I bring my best performances."