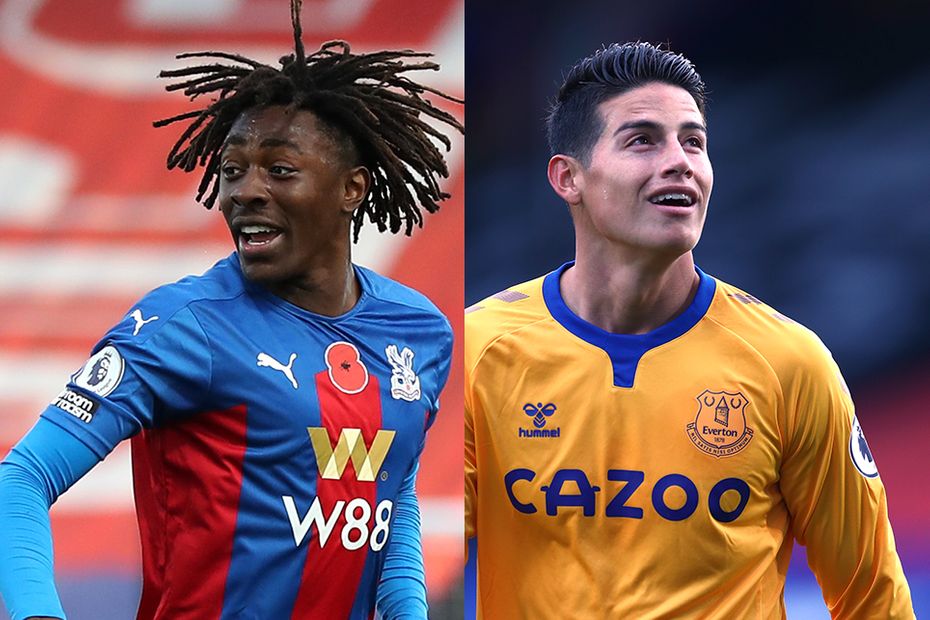 Eze reveals the first thing Zaha said to him after joining External Link
Best goals in Matchweek 8
Maddison: Chilwell celebration is for 'The Avengers'

Eberechi Eze has revealed that James Rodriguez is the toughest player he has come up against in the Premier League, with the Everton midfielder's passing leaving him speechless.

"He was picking off passes, and I was just thinking, I didn't even know what was going to happen there," Eze says in the latest Uncut episode on the Premier League's YouTube channel. "Looking back at it, you're like, 'I don't know how he even saw that. What made you do that?'

The Crystal Palace midfielder also praises Manchester City's Raheem Sterling, not only for his performances on the pitch but off it for the example he sets for young players looking to make their way in the game.

"The way he carries himself as a person and the stuff that he's had to go through to get to this point now, the stature that he's at now, it's a huge credit," Eze says. "It's a huge inspiration for young boys coming through and trying to make a name for themselves. He's a great example."

In the video, the 22-year-old also talks about the pride he feels when coming up against friends he grew up with, such as Arsenal pair Eddie Nketiah and Joe Willock, his latest EA SPORTS FIFA FUT card and googling rapper Future's lyrics.