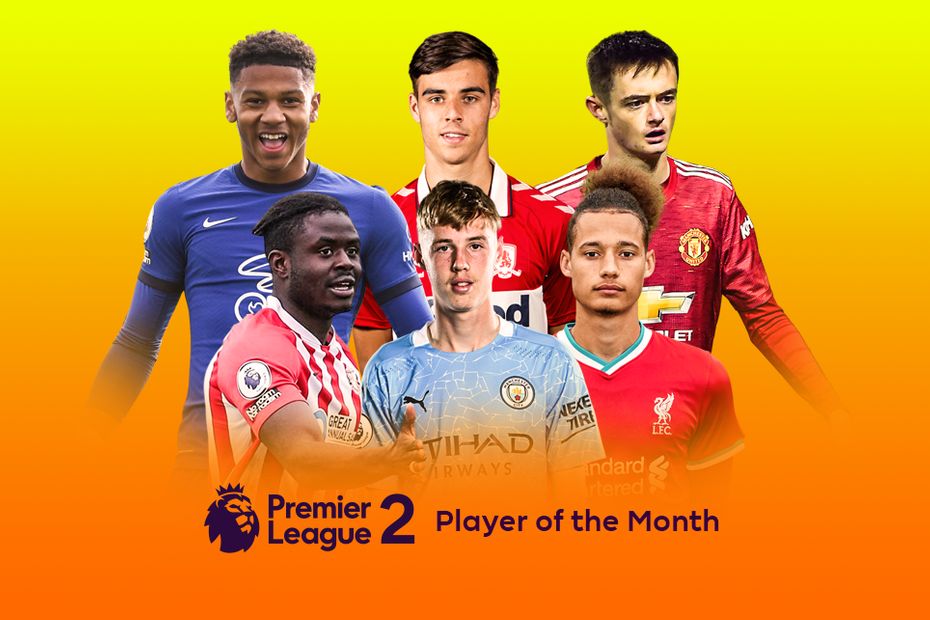 Six youngsters shortlisted after impressing in Premier League 2 and beyond

The 17-year-old Norwegian forward scored four goals in three PL2 Division 1 matches. The second goal of his brace against Derby County secured a 3-2 win in stoppage time, while he also netted in a 3-0 victory against Arsenal and a 3-1 loss at Liverpool.

The midfielder, 18, scored a hat-trick and provided an assist as Middlesbrough recorded a 6-0 PL2 Division 2 victory at Sunderland. He was on target again in a 3-0 success over Burnley and played his part as Boro finished the month with a third straight victory, 3-1 at Norwich City.

The 17-year-old kicked off October with two goals to secure a late draw at Blackburn Rovers. He followed up by netting in a 3-3 draw at Arsenal and provided an assist as Manchester United claimed a 2-1 victory against Everton, their first win of the season.

Swedish forward Mbunga-Kimpioka netted twice to pave the way for Sunderland's first PL2 Division 2 win of 2020/21, a 4-0 derby success at Newcastle United. The 20-year-old scored another double in a 5-3 success over Fulham before getting an assist in a 2-0 win at Aston Villa.

Palmer made his UEFA Champions League debut as a substitute in Manchester City's 3-0 win at Marseille during the month. In October, the 18-year-old midfielder also scored twice and provided an assist in a 4-0 PL2 Division 1 victory versus Leicester City, and he was an unused sub twice in the Premier League.

Nineteen-year-old centre-back Williams has progressed from a loan spell at Kidderminster Harriers in 2019/20 to playing in the UEFA Champions League this season, contributing to clean sheets against Ajax and Midtjylland in October. He also made two PL2 appearances, scoring in a 3-1 win over Chelsea, and earned a clean sheet against Arsenal in the EFL Cup.