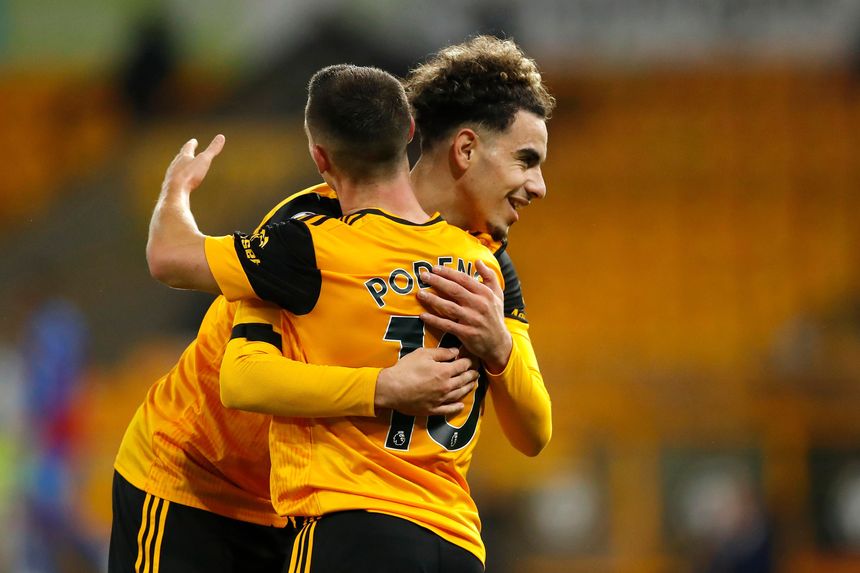 A debut goal by Rayan Ait-Nouri set Wolverhampton Wanderers on the way to a 2-0 win over Crystal Palace, putting them level on points with the Premier League's top two.

The hosts took the lead on 18 minutes when a cross from Daniel Podence was half-cleared, only for 19-year-old French wing-back Ait-Nouri to find the corner with a low shot.

Leander Dendoncker crashed a spectacular long-distance effort against the crossbar just before Podence doubled Wolves’ lead on 27 minutes, meeting Pedro Neto’s cross with a side-footed finish for his first goal of the season.

Palace had both a Michy Batshuayi goal and a penalty for a foul on Patrick van Aanholt ruled out for offside following Video Assistant Referee reviews.

Dendoncker and Podence had chances to extend Wolves' lead after the break, while Wilfried Zaha went close at the other end.

With four minutes remaining, Luka Milivojevic was sent off for a challenge on Joao Moutinho after Martin Atkinson used the Referee Review Area.

Wolves are level with first-placed Everton and second-placed Liverpool on 13 points. Palace are ninth on 10 points.