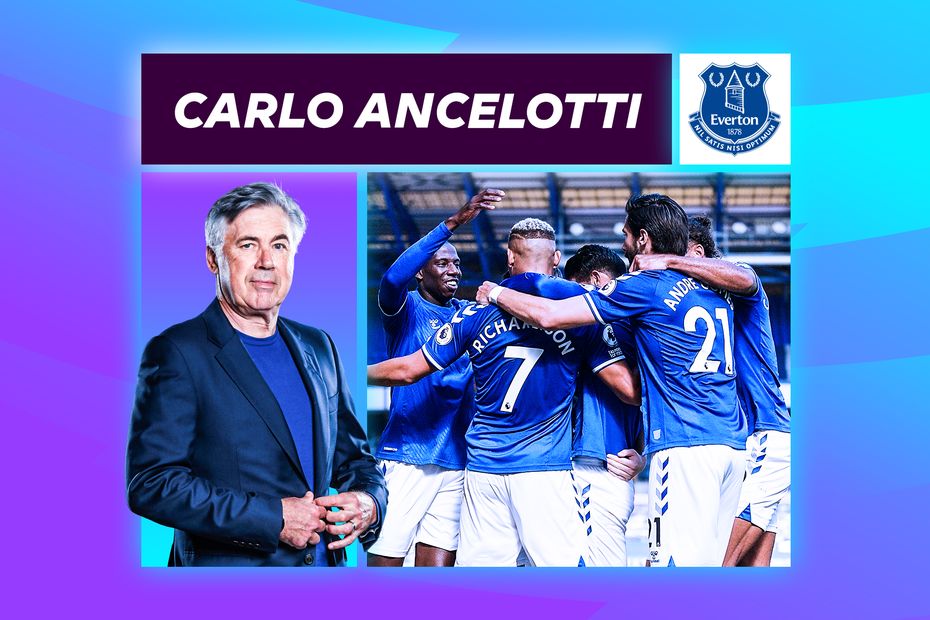 After Carlo Ancelotti won September's Barclays Manager of the Month award, Adrian Clarke looks at the tactics behind Everton's 100 per cent start to the season.

Everton look a far more cultured side this season under the guidance of Ancelotti.

The acquisition of midfielders James Rodriguez, Allan and Abdoulaye Doucoure has raised standards, but the 61-year-old also deserves credit for some bold tactical changes.

Last term the Italian favoured a 4-4-2 formation, but this season he has switched to a more fluid 4-3-3 that features plenty of intelligent movement.

Off the ball, Everton are also closing opponents down more effectively with a well-organised counter-press strategy.

And they have shown improved patience in their attacking approach too, keeping the ball with greater efficiency.

Another key change has been the way they look for accurate switches of play and much of this can be owed to the quality of Rodriguez.

Despite playing on the right, he has picked out left-back Lucas Digne with 23 passes so far, eight times more than he has found Seamus Coleman down his own side.

Everton scored two wonderful goals from turnovers in their 4-2 win at home to Brighton & Hove Albion, a fitting reward for the strides they have made defensively.

A third central midfielder in the starting XI has helped them regain possession higher up the pitch, instead of holding a low block in midfield.

The new formation, coupled with a willingness to work as a collective, has helped them earn five more interceptions per match in comparison to last season.

Another aspect of Everton’s early-season play that deserves praise is the excellence of their attacking at set-pieces.

No other Premier League team has created more chances or scored more goals from dead-ball situations over the opening four Gameweeks than Ancelotti's side.

It has so far been a perfect start to the campaign for Everton and while it is still early days, Ancelotti is thoroughly deserving of his fifth Barclays Manager of the Month accolade.

His new signings and desire to adjust the system have reaped immediate rewards as Everton now turn their attentions to their biggest match so far, the Merseyside derby against Liverpool to follow the international break.