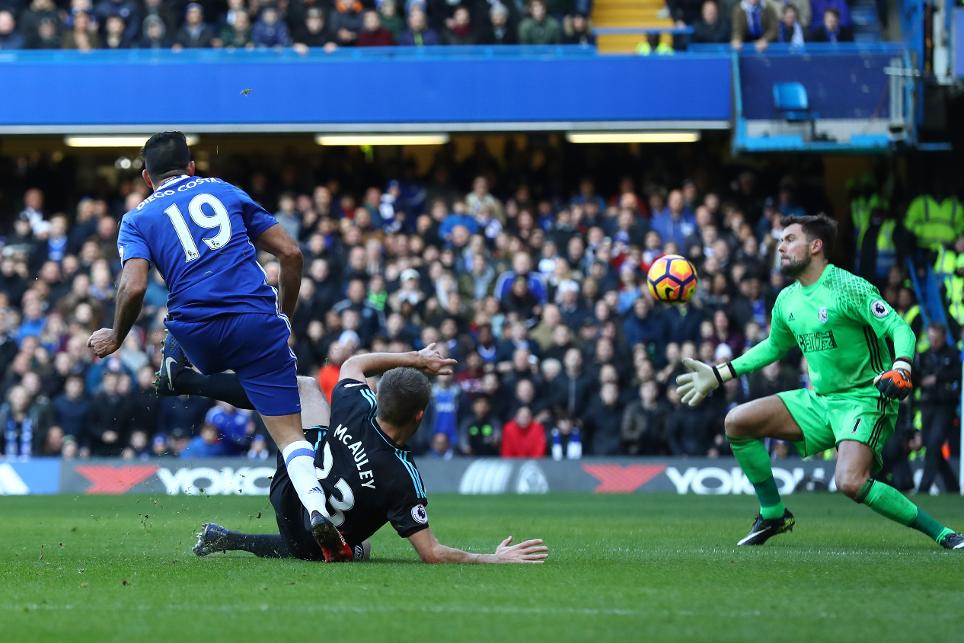 Diego Costa's league-leading 12th goal of the season extended Chelsea’s Premier League winning streak to nine and returned them to the top of the table with victory over West Bromwich Albion.

Chelsea had struggled to overcome an organised West Brom defence at Stamford Bridge until Costa, who was named the EA SPORTS Player of November on Friday, robbed Gareth McAuley out wide and advanced into the penalty area to curl past Ben Foster.

The home team had dominated possession but had registered just one shot on target before Costa’s goal.

West Brom had been happy to soak up pressure and break and came close to scoring a number of times before Costa struck.

The win sends Chelsea three points above Arsenal, while West Brom are seventh.