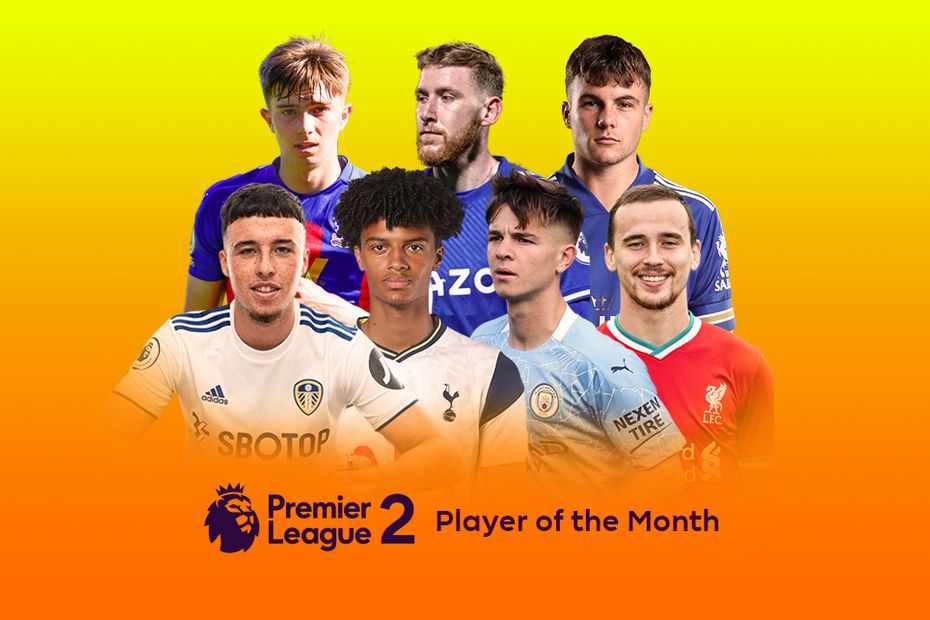 Seven up-and-coming starlets have been nominated for September's Premier League 2 Player of the Month award.

The winner of the first monthly award of the 2020/21 youth season will also be decided by the Panel.

The 19-year-old midfielder marked his PL2 Division 2 debut in style as he scored twice and provided an assist for Kian Flanagan in Crystal Palace's dramatic 3-3 draw with West Bromwich Albion. It was an historic occasion for the Eagles, playing their first competitive match as a Category 1 Academy.

Having spent a season-long loan at Hull City, midfielder Bowler hit the ground running in 2020/21. In three appearances the 21-year-old scored to help the Toffees beat Leicester City 3-0 and was on the scoresheet again in a 4-1 victory against Derby County.

One of the 21-year-old's four September appearances came when he played 90 minutes in a 2-1 EFL Trophy victory against Hull. The defender featured three times in PL2 Division 1, the highlight of which was when he scored a wonder goal and kept a clean sheet in a 2-0 win at Manchester United.

Striker Greenwood wasted no time settling in following a summer move from Arsenal and netted four goals in his opening three Division 2 matches for Leeds United. The 18-year-old opened his account with a goal in a 2-2 draw with Wolverhampton Wanderers and followed that up with a hat-trick in a 3-1 win at Sunderland.

The basis of leaders Tottenham Hotspur's unbeaten start in PL2 Division 1 has been a rock-solid defence, and versatile defender Lyons-Foster has been key. The 19-year-old has helped Spurs to two clean sheets in their opening three fixtures, including London derby wins against West Ham United and Arsenal.

England Under-18 midfielder McAtee kicked off the new PL2 Division 1 campaign with two goals and an assist in a 3-3 draw with Derby. He followed up with a superb strike in a 2-1 defeat at Blackburn Rovers. The 17-year-old also featured twice in the EFL Trophy, starting in the 4-0 win versus Scunthorpe United and making a substitute's appearance in a victory at Mansfield.

It's been a busy start to the new season for Canada forward Millar, who has made five appearances already, including two in the EFL Trophy against Wigan Athletic and Tranmere Rovers. The hard-working frontman, 21, has yet to score in 2020/21, but put in big shifts as the Reds beat Everton 1-0 win and then recorded a 5-3 success at Man Utd in Division 1.