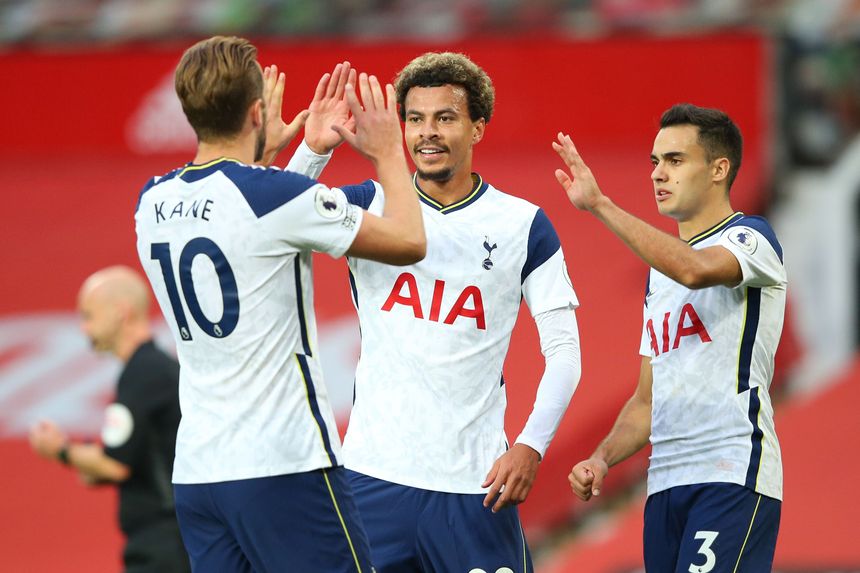 Spurs had to come from behind as Man Utd's Bruno Fernandes rolled in a second-minute penalty after Anthony Martial was fouled by Davinson Sanchez.

On 28 minutes, Martial was sent off for an altercation with Erik Lamela, before Kane fired in from Son's pass on the half-hour.

Son turned in his second, and Spurs' fourth, eight minutes before the break.

Six minutes after half-time, Serge Aurier drilled in a fifth.

Spurs move up to fifth place on seven points, while Man Utd are 16th on three points.