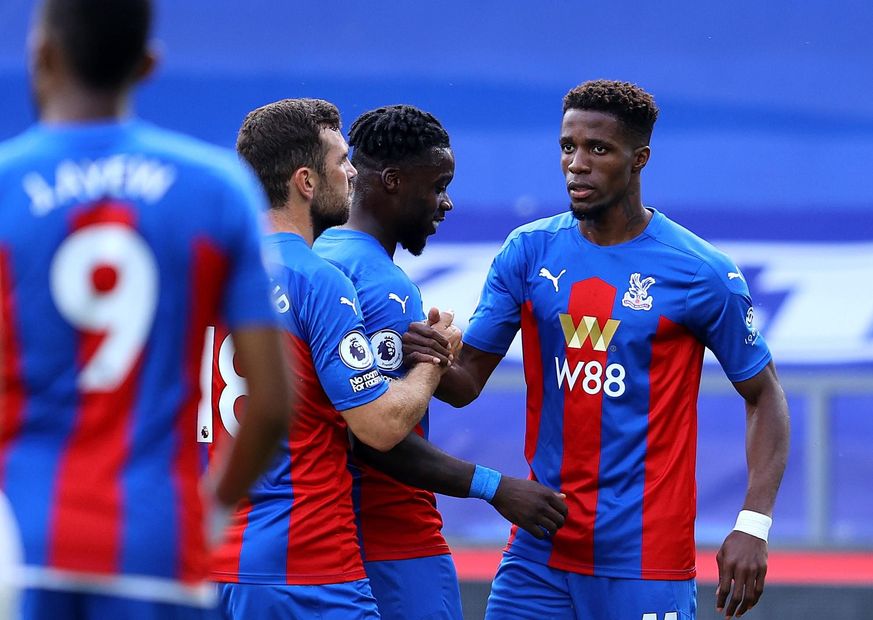 Adrian Clarke says the quartet of Zaha, Townsend, Schlupp and Ayew can help the Eagles beat their fellow undefeated opponents on Saturday

Crystal Palace have been playing near-perfect counter-attacking football ahead of their match with in-form Everton at Selhurst Park.

Despite having just 27 per cent possession, the lowest figure among teams who have played twice, Roy Hodgson’s side have defended with tremendous discipline in wins over Southampton and Manchester United.

Palace can then turn defence into attack with lightning quick transitions thanks to the pace of their front four.

Jeffrey Schlupp and Andros Townsend each have one high-class assist already this season, while talisman Wilfried Zaha has netted three times.

And although Jordan Ayew is yet to be directly involved in a goal, he is industrious and provides a physical presence that helps the attackers around him to shine.

Palace have created four big chances this season, the second most of all Premier League teams.

But what is most interesting is the pace at which they attack.

The Eagles progress upfield in open play at a much faster rate than any other side.

Moving the ball forward in a flash, they have the speed and penetration to cause the Toffees problems on Saturday.

Who goes forward in fastest time?

Another hard worker in the Palace team is Townsend, whose level of application typifies the attitude Hodgson has instilled.

The 29-year-old regularly tracks back inside his own half and has regained possession quite brilliantly across the first two matches.

In fact, he leads the way for Premier League outfield players when it comes to ball recoveries so far.

Townsend has also supplied four key passes, created two big chances and delivered an assist in what has been an excellent start to 2020/21.

His duel on the wing with Lucas Digne should be a fascinating watch.

Threat from the visitors

If Palace are to start a top-flight campaign with three consecutive wins for the first time, they must not let their desire or focus slip against Carlo Ancelotti’s men.

Everton are averaging 16 shots per match and have created a total of 25 chances, the second-highest tally in the competition.

In search of a third victory themselves, the Toffees will look to dominate this encounter.

Work at both ends

To combat this, Hodgson will demand that his forward players match the effort they produced in their 3-1 win at Old Trafford.

Zaha, Ayew, Schlupp and Townsend all worked tirelessly to recover the ball, without sacrificing their attacking menace.

Between them, the quartet made 32 ball recoveries or interceptions, mostly inside their own half, while also sharing a total of 13 shots.

New-look Everton will be formidable opponents this weekend but Palace’s current formula makes them tough to beat.

Next: Arteta has big-game plan to shock Liverpool