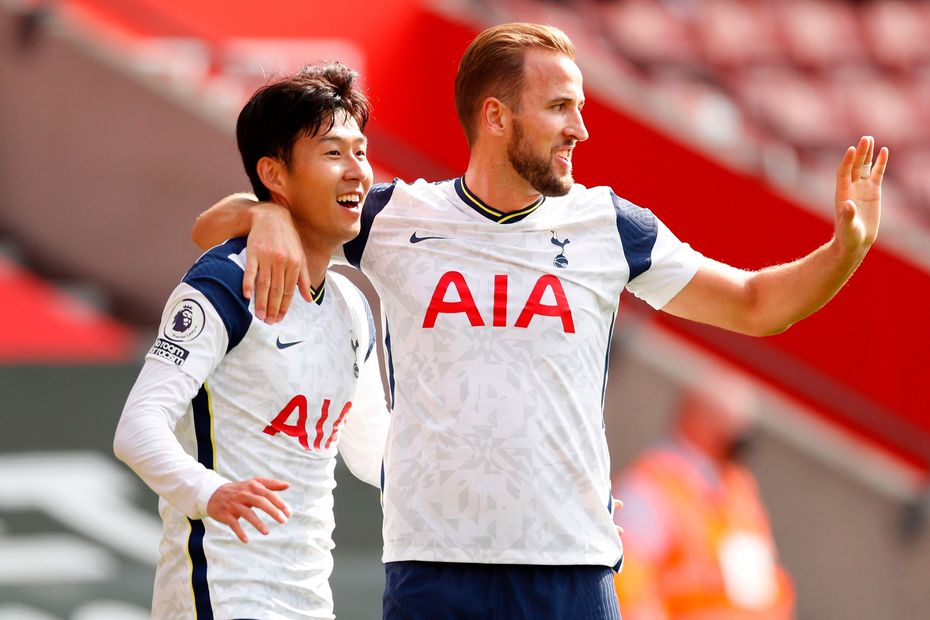 Harry Kane's role as chief supplier to Son Heung-min is likely to be less pronounced at home to Newcastle United.

The striker was Tottenham Hotspur’s most creative player in last Sunday's 5-2 win at Southampton.

Kane provided the assists for all of Son's four goals, producing a quartet of incisive passes.

The pair punished Saints' high line, but Newcastle will do their best to ensure they pose a different test.

Just as they did in a 1-0 win at Tottenham Hotspur Stadium last season, Steve Bruce’s men will be expected to sit in a much deeper defensive block.

Finding space for Son to sprint into is therefore going to be more difficult.

In a Spurs team built to counter-attack under Jose Mourinho, Son has all the attributes needed to be a perfect second striker.

The 28-year-old can appear to be having a quiet match, but will then spring to life and use his explosive pace to hurt teams on the break.

He has had significantly more touches of the ball inside the opposition box so far this season, 11 in total compared to Kane’s three.

A new pattern of play has been set by Mourinho that requires Kane to drop into space, hold up the ball, as Son or Lucas Moura race beyond him.

Because of this, the South Korean averaged 5.65 touches in the area last term compared to Kane’s 4.38 and is shooting more often than the England captain too.

Under Mourinho, Spurs are extremely dangerous from transitions but remain short of creativity against teams who deny them space in behind.

In each of the last five Premier League matches where they have had the most possession, Spurs have failed to score more than once.

They earned five points from a possible 15 in those encounters.

Last five matches with most possession

In contrast, they have scored 14 goals in their last five matches in which they enjoyed less than 50 per cent possession, claiming 13 points.

Kane is a brilliant finisher, but against stubborn opponents, the supply line to him is not frequent enough.

For example, in last season's 1-0 home loss to Newcastle, Spurs enjoyed 80.2 per cent possession, but managed only two shots on target.

Spurs must develop a plan B style that makes them less reliant on rapid transitions and counter-attacks, even if in Son they do have a player who makes plan A so devastating.