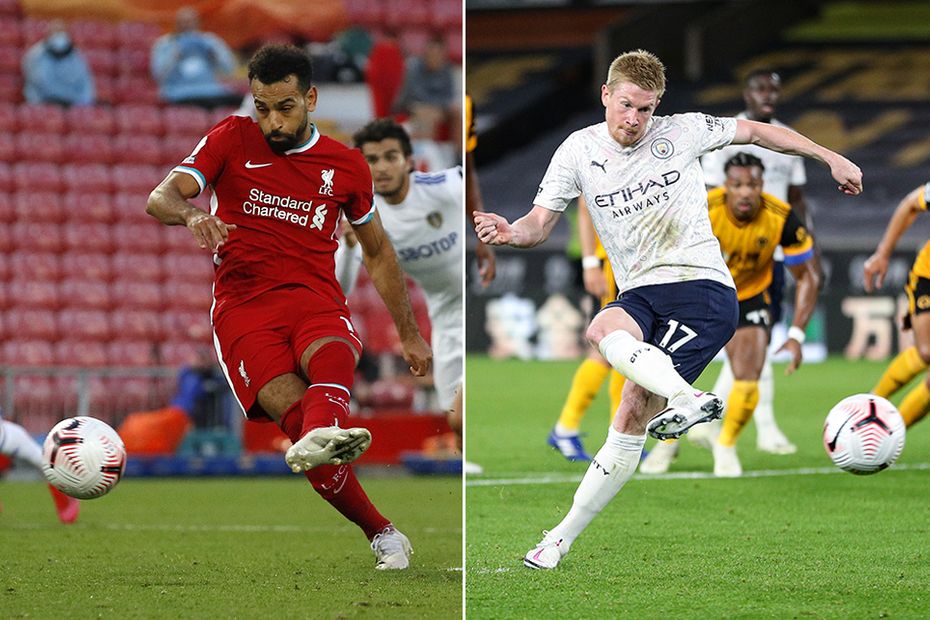 The two top-scoring players in last season's Fantasy Premier League are set for a battle to be the most popular Gameweek 3 captain.

Kevin De Bruyne (£11.6m) plays Leicester City at home on the back of a 13-point haul at Wolverhampton Wanderers.

Playing as a No 10, he scored once and supplied an assist in the 3-1 win at Molineux.

The Belgian was Manchester City’s most reliable player at home last term.

His nine goals and 13 FPL assists at Etihad Stadium were both more than any team-mate.

Mohamed Salah (£12.1m) is likely to be Liverpool’s main goal threat against Arsenal at Anfield.

The Egyptian scored 15 goals at home last season, more than any other player in FPL.

That total included two goals against the Gunners in the corresponding fixture in 2019/20.

Salah has already shown his potential at Anfield this season, scoring a hat-trick and earning 20 points against Leeds United in Gameweek 1.

There are, however, very strong armband alternatives for both Man City and Liverpool.

Sterling has nine goals and five assists in his last 10 Gameweek appearances.

Jesus, meanwhile, has a strong record against the Foxes. He has scored in four of their last five Premier league meetings.

When selected, he was involved in 42 per cent of the Reds' home goals, exactly the same as Salah.

Part 2: GW3 Captains: Werner and Havertz are armband alternatives
Part 3: Who to captain in GW3? What the experts say