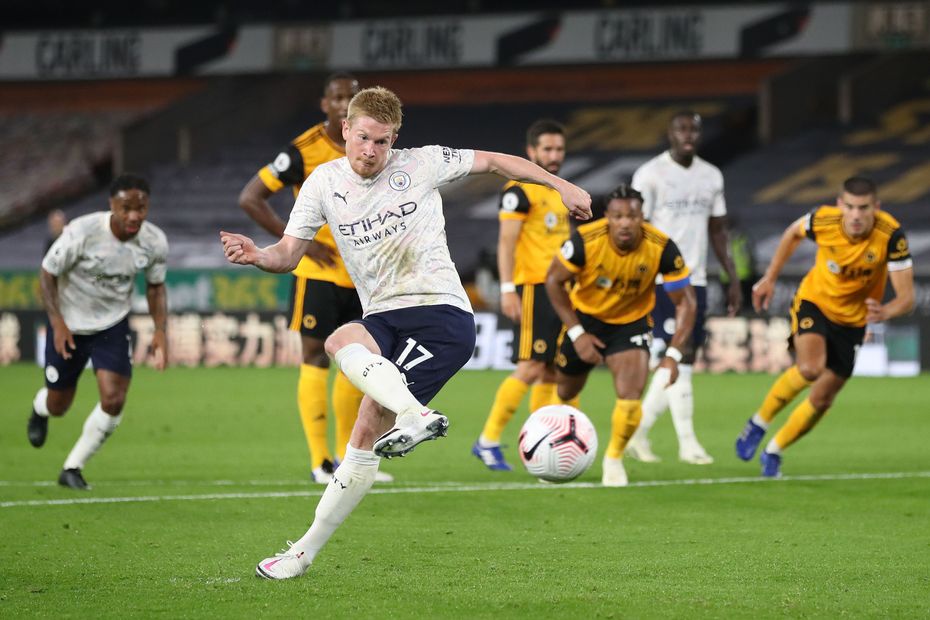 The highest-scoring player of 2019/20 Fantasy Premier League picked up where he left off as Kevin De Bruyne (£11.5m) produced a goal and an assist for Manchester City at Wolverhampton Wanderers in Gameweek 2.

De Bruyne amassed 251 points last season and, after being the third-most popular signing ahead of Gameweek 2, his 447,000+ new backers were rewarded as he scored from the penalty spot before teeing up Gabriel Jesus (£9.5m) in second-half stoppage time in a 3-1 win at Molineux on Monday.

He was the only one of the Gameweek's most-signed players to deliver attacking returns, with Bruno Fernandes (£10.5m) and Willian (£8.1m) both blanking in their respective matches.

There was also agony for almost half a million managers on Sunday as Son Heung-min (£9.0m) punished those who sold him ahead of Gameweek 2.

A total of 485,000 transferred out the Tottenham Hotspur winger after his blank at home against Everton in Gameweek 1.

And they would have been aghast as Son went on to score four goals in a 5-2 win at Southampton, delivering a mammoth 24-point haul.

While there have been some high-scoring players in Gameweek 2, most FPL managers have endured disappointing returns from their captain picks.

More than two million entrusted Pierre-Emerick Aubameyang (£12.0m) with the armband but he could only manage an assist in Arsenal's 2-1 victory over West Ham United, bringing home just five points.

It was even worse for the 567,000 who backed Mohamed Salah (£12.1m) for Liverpool's trip to Chelsea, trusting him after his Gameweek 1 hat-trick.

Salah could only muster three points in his side's 2-0 victory at Stamford Bridge.

The Premier League Golden Boot winner last season opened his account for 2020/21 with a brace in Gameweek 1 but, although Leicester City put four past Burnley on Sunday, Vardy collected just two points.

The same three players were favoured by the top 100 FPL managers with Aubameyang top, but Vardy tied with Salah.