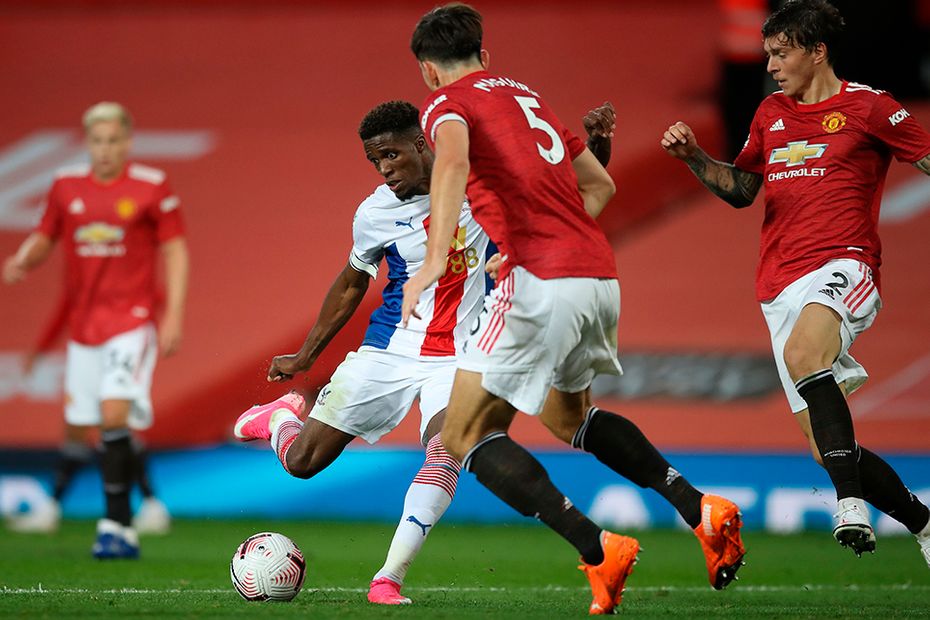 More than a million managers hoping for big points from their new Manchester United picks were left disappointed after the opening Gameweek 1 matches.

Bruno Fernandes (£10.5m), Anthony Martial (£9.0m) and Marcus Rashford (£9.5m) had been made big targets ahead of Man Utd's first match of the season at home to Crystal Palace.

But they all blanked for the combined 1.1 million managers who brought them in as they were overshadowed by Palace's Wilfried Zaha (£7.0m).

The winger scored twice to claim 15 points in the Eagles' 3-1 victory at Old Trafford.

Zaha's new role up front has boosted his prospects in FPL.

The Ivory Coast international has three goals to his name already this season, one short of his total in the whole of 2019/20.

And Zaha's upcoming fixtures can help him thrive further. Palace face only one of last term's top five between now and Gameweek 13.

The Leeds United forward scored once and set up another two goals in his side's 4-3 victory.

Leeds players in general are proving to be a cost-effective source of points.

All four of their Fantasy midfielders who started at the weekend have delivered at least one attacking return already.

🔥 The goal that sealed our first 3 points of the season pic.twitter.com/SbnME9yVUp

Fulham’s Aleksandar Mitrovic (£6.0m) was another player who enjoyed a successful outing at Elland Road.

The Serbia striker scored twice to claim 12 points and next faces a home match against Aston Villa.

Calvert-Lewin top of the charts

Calvert-Lewin is currently the top-scoring player in FPL, with his hat-trick against the Baggies taking his total to 25 points in the first two Gameweeks.

Richarlison supplied three assists, while Rodriguez scored once and provided an assist on his home debut.

The Toffees’ schedule looks promising for more returns for their in-form attackers, with three of their next four matches scoring just two in the Fixture Difficulty Ratings (FDR).