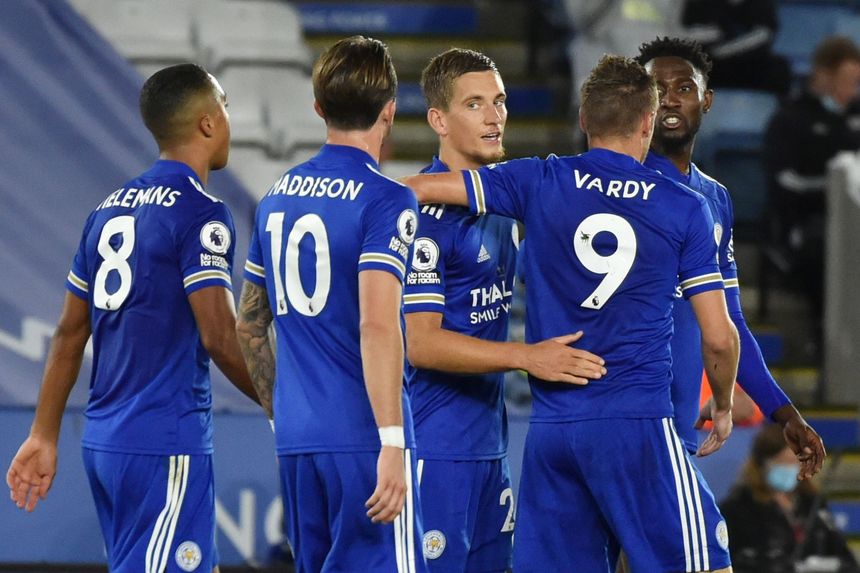 Strikes by Barnes, Justin, Praet and a Pieters own goal help Foxes win 4-2 against Sean Dyche's side

Foxes make it two wins from two in the Premier League External Link
Leicester sign Under on loan from Roma
Johnson: Mane just does everything right

Leicester City came from behind to beat Burnley 4-2 and record Brendan Rodgers' 100th Premier League victory as a manager.

Chris Wood scored for a fourth consecutive PL match to give the visitors the lead before Harvey Barnes swept Timothy Castagne's pass past Nick Pope to equalise for Leicester on 20 minutes.

Castagne was involved again as the Foxes took the lead, with Erik Pieters turning the Belgian's cross past Pope for an own goal five minutes after half-time.

Fellow full-back James Justin then doubled the hosts' lead with his first top-flight goal but the deficit was quickly restored to one by Jimmy Dunne, who marked his Premier League debut with a goal of his own on 73 minutes.

Dennis Praet ensured Leicester would make it back to back victories at the start of the season with an arrowed strike from 18 yards 11 minutes from time.

King of the Match: James Justin