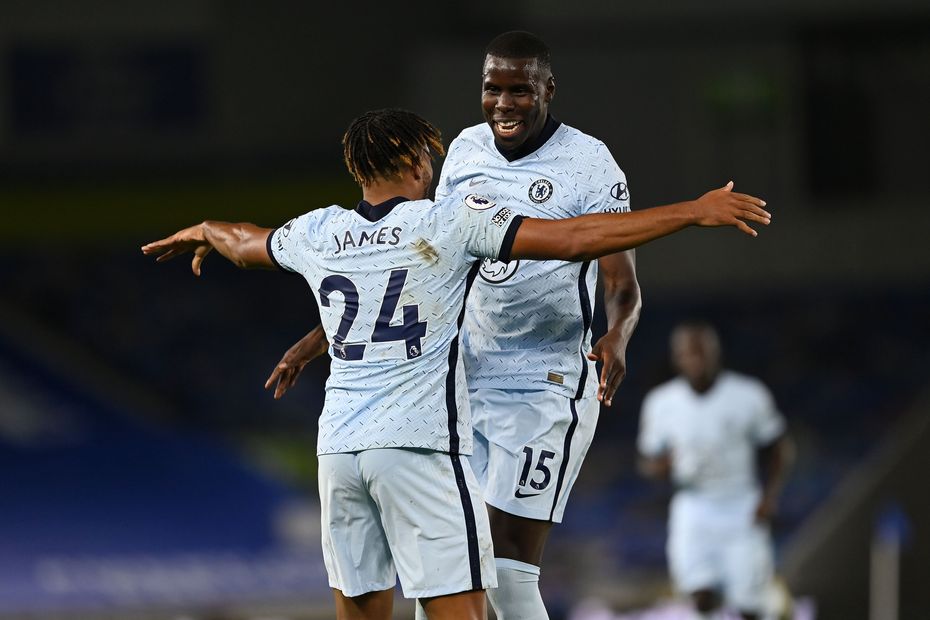 Watch the highlights of our opening-day win at Brighton External Link
Best photos of Matchweek 1
Budweiser Kings of the Match: Matchweek 1

Playing the final fixture of Matchweek 1 was worth the wait for Chelsea as they beat Brighton & Hove Albion on Monday to become only the third club to reach a Premier League points milestone.

For more on this and all the must-know facts from the opening weekend, read below. To see the reports and key data for the matches, click on the results.

Willian is the first player to assist two goals on his Premier League debut for Arsenal since Ray Parlour in August 1992 against Liverpool.

Mohamed Salah is the first Liverpool player to score a hat-trick in MW1 of a league season since John Aldridge in 1988/89 and is also only the ninth player overall to do so in an opening-weekend Premier League match.

Jeff Hendrick both scored and assisted in a Premier League match for the first time, in what was his 123rd appearance.

James Rodriguez created five chances, the most by a player on his Premier League debut since Alexis Sanchez for Arsenal against Crystal Palace in August 2014.

Raul Jimenez’s opener, after two minutes and 19 seconds, was Wolves' quickest goal in a Premier League match since February 2011, when Matt Jarvis netted against Blackpool after one minute and 56 seconds.