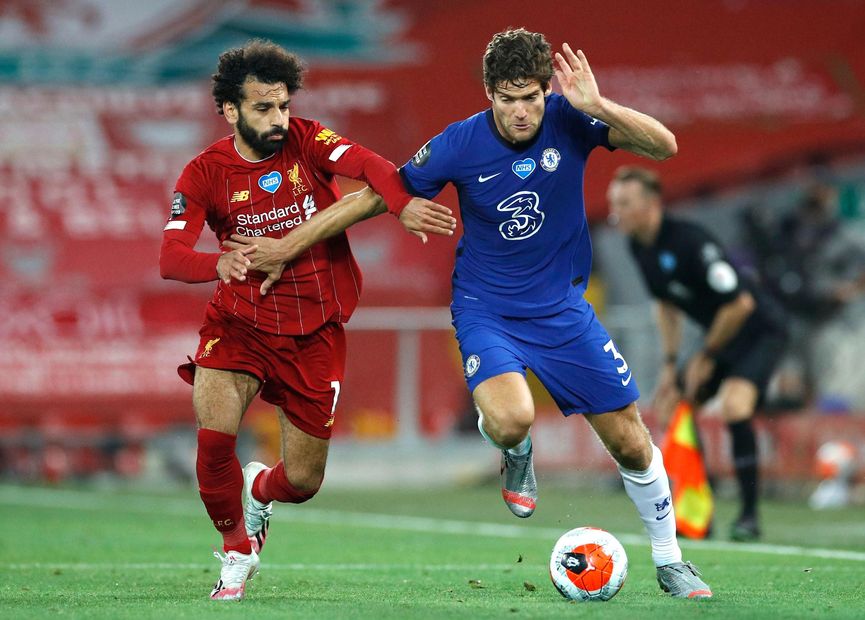 Lampard on his plans for Loftus-Cheek External Link

Chelsea are hoping to avoid a fourth successive Premier League loss to Liverpool.

The Reds began the season with a 4-3 win over Leeds United and have not kept a clean sheet in their last six matches.

There are no new injury problems for Jurgen Klopp, who has the same squad available from Liverpool's opening weekend victory over Leeds United.

Chelsea are unbeaten in their last 13 home matches against reigning champions (W7 D6).

The Blues have lost each of their last three Premier League meetings with Liverpool. They last lost four in the competition to the Reds between November 2010 and May 2012.

Roberto Firmino and Trent Alexander-Arnold both have the chance to be the first Liverpool player to score in three consecutive PL matches v Chelsea.

Liverpool have conceded 15 goals in their eight Premier League matches (W5 D1 L2) since being confirmed as champions in June.