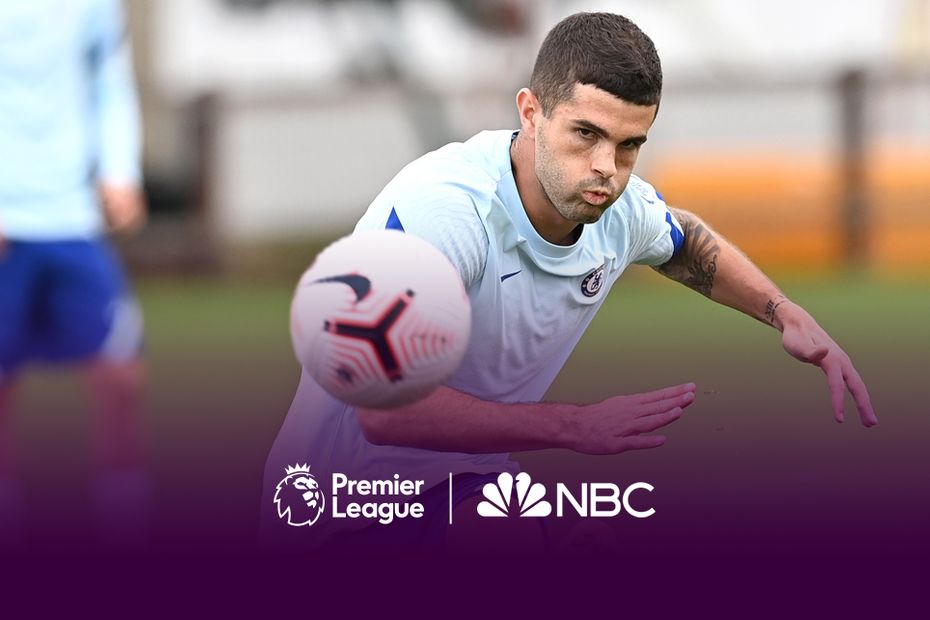 Set your alarms and prepare the coffee machine - the Premier League is back on your screens.

The opening weekend features eight matches, starting with Fulham v Arsenal on Saturday, while champions Liverpool kick off their title defence with a mouthwatering home contest against promoted Leeds United.

Christian Pulisic is in contention for Chelsea as they prepare to get their 2020/21 campaign up and running at Brighton & Hove Albion.

The US playmaker had an impressive maiden Premier League season in 2019/20 and is in contention for Monday's contest after recovering from the hamstring injury he suffered against Arsenal in the FA Cup final.

Here's when and how you can watch each fixture on TV or streaming through NBC Sports.

It's derby day as promoted Fulham host their London rivals Arsenal to get the new season under way. Look out for Aleksandar Mitrovic, who has scored 49 league goals since his Fulham debut in February 2018, with 11 coming in the Premier League in 2018/19. In that time Pierre-Emerick Aubameyang (54), Salah (54) and Jamie Vardy (50) are the only players to have scored more in England's top four tiers.

Can Southampton set a new club record at Crystal Palace? Saints have won their last three Premier League visits to the Eagles without conceding a goal and have never won four consecutive top-flight away matches against an opponent. Tune in to see if they make history.

If it's goals you are looking for then look no further than West Ham United and Newcastle United. The Hammers have scored at least twice in their last five Premier League fixtures against the Magpies. The only time they had a longer such run was a seven-match sequence against Blackburn Rovers ending in March 2007.

He has scored 73 goals in 108 top-flight appearances for Liverpool and a goal against Leeds would make Salah only the second player to score on the opening weekend in four consecutive seasons, matching Teddy Sheringham's feat between 1992/93 and 1995/96.

Where to watch: Watch on NBC

West Bromwich Albion know all about the dangers of 2019/20 Golden Boot winner Vardy as the Leicester City striker has scored in all four of his Premier League away appearances against them. Can he match the competition record held by Ruud van Nistelrooy, who netted in all five of his away matches for Manchester United at Newcastle United? Watch to find out!

When it comes to winning Matchweek 1 fixtures, Tottenham Hotspur's Jose Mourinho is an expert. Everton face a head coach who has overseen more opening-weekend matches while remaining unbeaten than any other manager in Premier League history. Mourinho has won nine and drawn the other one of his 10 such contests.

Is this going to be the match where Brighton & Hove Albion finally end their barren run against Chelsea? The west Londoners have never lost to the Seagulls in league competition, winning nine matches and drawing the other. They have faced Brighton more times without ever losing than against any other side in their league history.

Raul Jimenez scored 17 goals for Wolverhampton Wanderers last season and will be looking to help his side avoid losing consecutive league matches against Sheffield United for the first time since September 1996. The Blades will be confident, having never lost on the opening weekend of a Premier League season, winning two and drawing two.