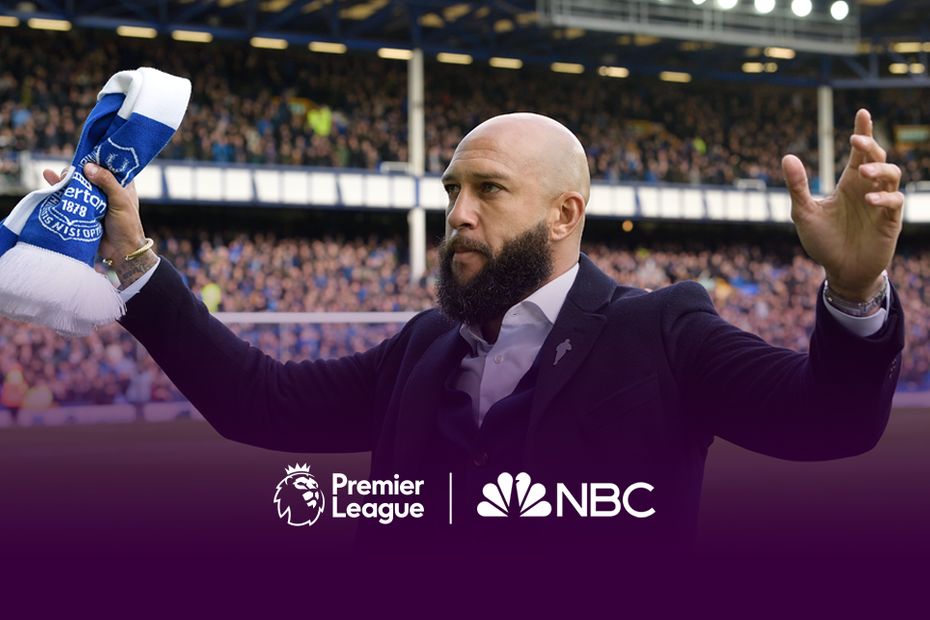 NBC Sports have announced that former Everton and Manchester United goalkeeper Tim Howard will serve as a studio analyst across their Premier League coverage for the 2020/21 season.

“I’m excited to re-join NBC Sports, where I got my start in broadcasting,” Howard said. “After playing for 13 years in the Premier League, and watching regularly since, I can’t wait to get into the studio to provide analysis on the League with Rebecca and the Robbies.”

With less than two weeks until kick-off of the 2020/21 Premier League season, NBC Sports has released its schedule for September, as NBCUniversal platforms will again present live coverage of every Premier League match.

Highlighting the season’s first day, Premier League champions Liverpool host Leeds United – back in the Premier League for the first time in 16 years – at 12:30 p.m. ET on NBC.

“The 2 Robbies” podcast, featuring former Premier League footballers Robbie Earle and Robbie Mustoe, will return with two new episodes every week of the Premier League season including a season preview episode discussing the top storylines heading into the 2020/21 campaign.

In addition, matches will be telecast in Spanish each week by Telemundo and Universo and will also be streamed on the Telemundo Deportes En Vivo app for mobile devices.