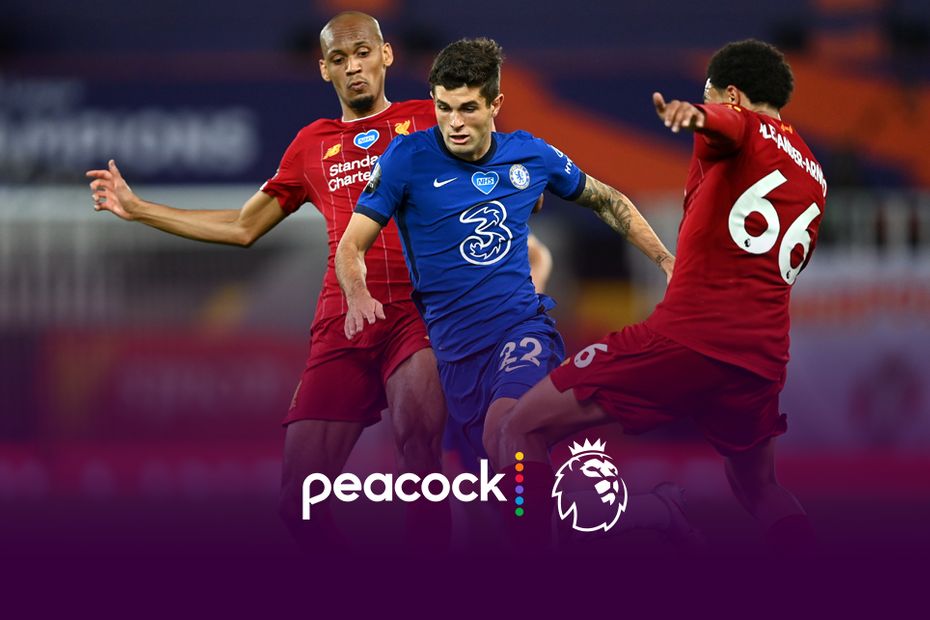 NBCUniversal's new streaming service Peacock will provide the most robust offering of Premier League football ever available to fans in the United States for the 2020/21 season.

The new Premier League season will kick off on September 12 and the dates for the 380 fixtures in 2020/21 have already been released.

Of those 380 Premier League matches, more than 175 will be exclusively shown on Peacock, with the rest of the games on NBCSN and across the NBC family of channels.

To get access to the Premier League matches you need to sign up to an ad-supported premium tier for $4.99/month, serving no more than five minutes of advertising per hour.

In total, Peacock Premium will present more than 1,500 hours of Premier League live match and shoulder programming. Included are full-event replays for all 380 matches on-demand (after 9 p.m. ET).

All content presented on NBC Sports Gold's "Premier League Pass" will shift exclusively to Peacock Premium for the start of the 2020/21 Premier League season.

An ad-free version of the premium tier is also available for $9.99/month.