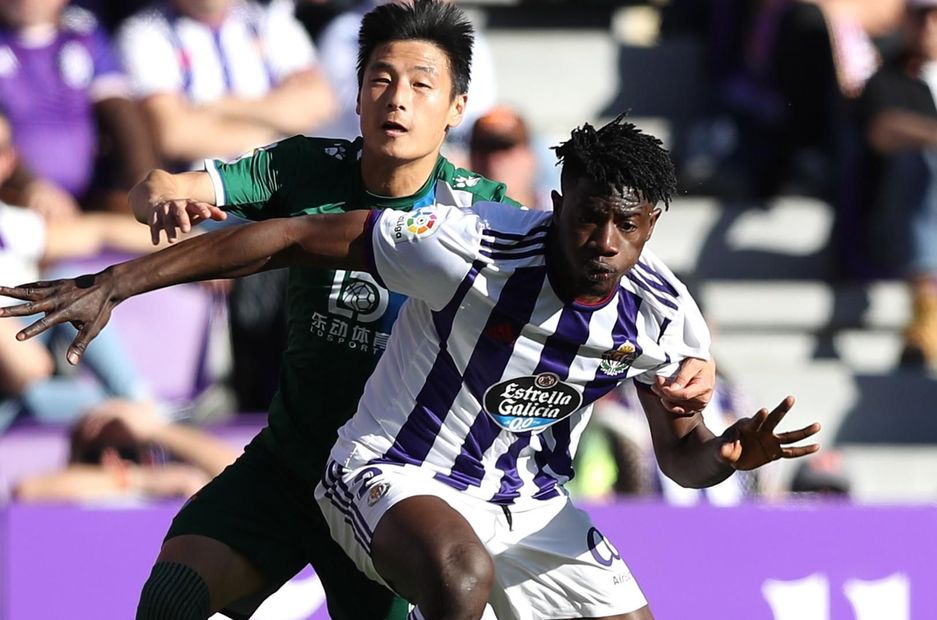 This was evident in an impressive debut season with LaLiga side Real Valladolid, where Salisu consistently got tight to forwards and regained possession from his duels.

His game is still a touch raw but the 21-year-old's relish of the physical battle should help him quickly adjust to English football.

Salisu was dubbed "The wall of Valladolid" in 2019/20 for his ability to repel attacks.

The Ghanaian certainly enjoys the basics of defending.

Featuring in LaLiga's top five for both clearances and blocks last term, he is a resilient centre-back.

Midtable side Real Valladolid had one of the best defensive records in Spain's top flight last season, and Salisu was key to that.

Salisu is most at home on the left side of a centre-back pairing, so he will primarily compete with Jan Bednarek and Jannik Vestergaard for a place in Southampton's starting XI.

In LaLiga he was comfortable carrying the ball out of defence and showed confidence with his distribution.

Salisu's 80.2 per cent pass accuracy is higher than those recorded by all of Southampton's central defenders.

Ralph Hasenhuttl may ask him go more direct with Saints, especially when he starts with a front two, but the new signing's accurate left foot is good enough to handle those expectations.

At this stage of his development, Southampton have invested in his potential, but do not be surprised if Salisu features early in the campaign.

He has a strong temperament to match his 6ft 3in frame.

Hasenhuttl's back four certainly needs to improve on the 60 goals conceded in 38 matches last season.

Of those that avoided relegation, only Aston Villa and West Ham United had worse records, with 67 and 62 goals respectively.

Having recruited a young and powerful left-footed defender, Hasenhuttl now has better competition for places.