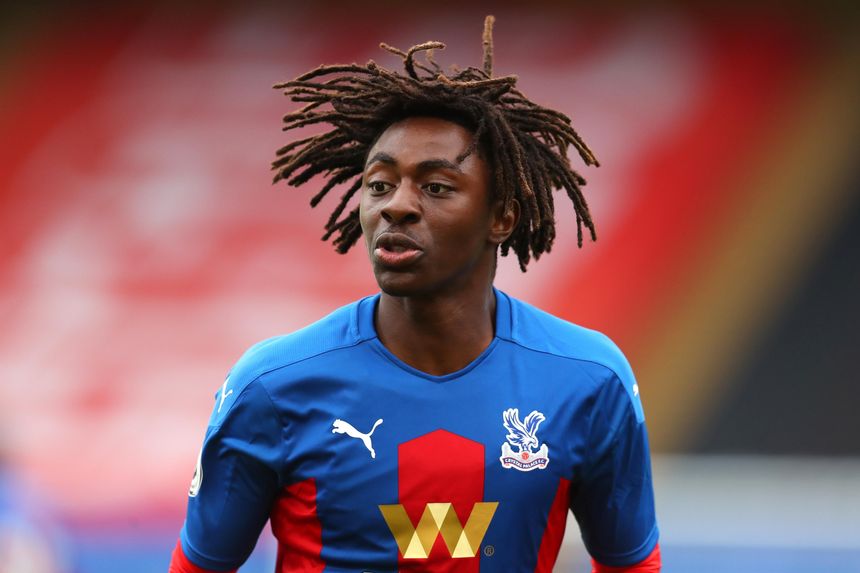 The 22-year-old is just the kind of talented attacking midfielder Crystal Palace needed to recruit ahead of their season opener against Southampton.

Although the Premier League will be a step up in class for him, Eze’s ability should be invaluable to Roy Hodgson’s side, who struggled for creativity last term.

The mercurial playmaker will offer a spark that was often missing from Palace in the final third in 2019/20.

An injection of youthfulness will also be welcome at Selhurst Park.

Jairo Riedewald and Tyrick Mitchell were the only players aged 24 or under to make Premier League starts for the Eagles last season.

So it will be hoped that the arrivals of Eze and 19-year-old Nathan Ferguson from West Bromwich Albion will provide some youthful energy to the first XI.

At his best in a free No 10 role, but also effective from the left, Eze is a tremendously exciting player to watch.

No individual bettered the England Under-21 international's 135 successful dribbles in the Championship last season.

His trickery also resulted in him being fouled on 107 occasions, second only to the 114 of another player new to the Premier League this season in West Brom's Matheus Pereira.

Eze’s skill in tight areas, subtle body swerves and quick feet will provide Premier League defenders with plenty of headaches in the months to come.

Palace did not boast enough goal threat last season. They relied too heavily on Wilfried Zaha and Jordan Ayew, who scored four and nine goals respectively.

No one else in the squad scored more than three times and Eze will be expected to fill that void in his debut Premier League campaign.

Six of Eze’s strikes last term came from eye-catching runs with and without the ball and this will be a great asset to the south-London side.

He scored four times from runs in behind the opposition defence, and on a couple of occasions he found the net at the end of one of his own dribbles down the centre of the pitch.

Eze also converted four spot-kicks in 2019/20, and he is capable of the spectacular from distance.

Unafraid to express himself in the opposition half, the Palace new boy is equally able to tear teams open with a surging run or from a clever pass.

In fact, four of his eight assists for QPR last season were through-balls for team-mates to run on to.

Eze’s corners and wide free-kicks are also of the highest quality.

He laid on 39 chances from dead-ball situations in 2019/20. This is great news for a side who carved out only 50 set-play opportunities during the campaign overall.

Hodgson has seen huge potential in Eze, and it is not difficult to understand why.

If he is given the freedom to play his natural game he is sure to be a fan favourite at Selhurst Park.

Still just 22, Eze is an exciting prospect who has the quality to help transform Palace's attacking play.