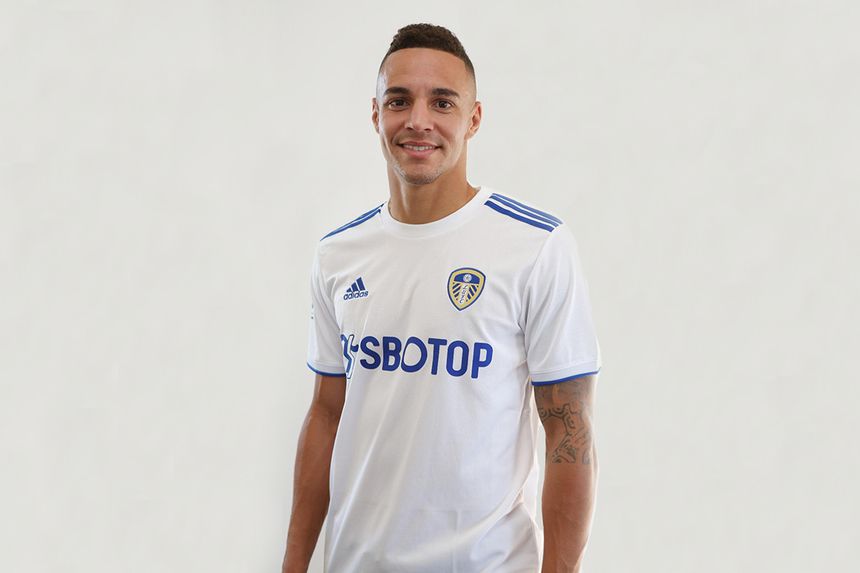 This style of football will be a natural fit for new signing Rodrigo.

The 29-year-old Spain international, who joined from Valencia on a four-year contract, is a hardworking striker who offers mobility and a razor-sharp instinct inside the opposition half.

Whether used as a centre-forward or in one of the wide attacking roles, Rodrigo will bring a positive energy to the side.

He returns to the Premier League as Leeds' club-record signing a decade after spending the 2010/11 campaign on loan at Bolton Wanderers.

Although he only scored once in 17 appearances during his previous Premier League spell with the Trotters, Rodrigo is now an established international with a terrific record for Spain, scoring eight goals from his 23 senior appearances.

Last season was slightly less prolific with a return of seven goals from 34 outings.

Rodrigo converted less than 10 per cent of his chances last season but Bielsa has looked beyond that statistic.

The Argentinian knows he has recruited a player who contributes to the team when he is not delivering goals.

Busy and creative, he often draws markers towards him before laying on chances for others.

Rodrigo provided nine assists across his LaLiga and UEFA Champions League matches in 2019/20.

He is dangerous cutting in from the right to take shots at goal with his excellent left foot, and he is also a threat attacking crosses at the near post.

The Spaniard has a keen eye for space in the final third and this movement must be watched closely by opposition defenders.

Bielsa can use Rodrigo as his main striker, on either flank, or even as a false nine.

The 29-year-old has the ingredients to play anywhere across the forward line.

Leeds have acquired a striker with the right attitude and pedigree to succeed on his return to English football.

Rodrigo may not be a prolific goal-getter but he is sure to improve their starting XI.