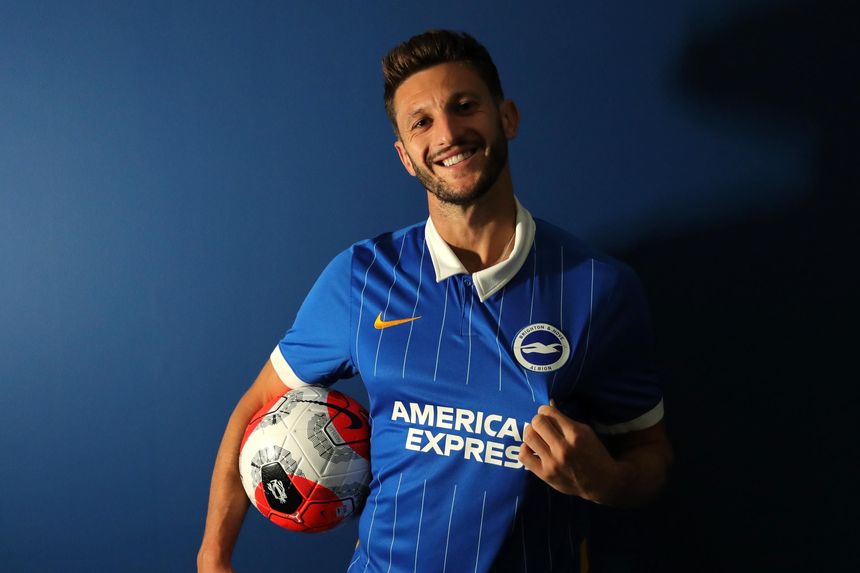 Versatile, tactically intelligent, technically excellent and industrious out of possession, the midfielder should thrive at Amex Stadium.

Lallana may be approaching veteran status as a 32-year-old, but he arrives on the south coast bursting with energy and with a point to prove.

Across the last three Premier League seasons as a Liverpool player, he made just nine starts, featuring for only 1,024 minutes.

Potter will hope Lallana’s switch from being a fringe player to the main man will have a rejuvenating effect.

And Lallana’s busy style will certainly complement the way the Seagulls play.

Bursting into the box

Lallana’s pedigree and guile in the final third should improve their end product.

His two most memorable contributions for Liverpool in 2019/20 stemmed from excellent runs into the box.

He scored at the far post to equalise in a 1-1 draw at Manchester United. And it was his forward burst that set up Sadio Mane for the winner in a 1-0 home victory over Wolverhampton Wanderers.

Lallana averages 3.13 touches inside the box per 90 minutes and will ensure Brighton have extra bodies inside the area when they are attacking.

He and the lively Leandro Trossard will be asked to make those runs regularly.

It will not just be the ex-Liverpool’s star’s quality on the ball that makes a difference.

Brighton like to counter-press in the middle third and this will suit Lallana, who was one of Jurgen Klopp’s most tigerish players last term.

He is excellent at winning possession, while he ran further per 90 minutes than any other Premier League player with over 250 minutes last season.

*Players with at least 250 minutes

Lallana should fit in well in a team who ran further than any other top-flight side last term, covering a total of 4,280.7km.

That was a combined 23km more than the next-best team, Sheffield United.

Potter used 13 different formations last season so his players need to be comfortable changing roles both between matches and during them.

This will not be a problem for Lallana, who can operate as a No 10, out wide, as a box-to-box midfielder or as part of a front three.

Providing he gets up to speed quickly and stays fit, he could prove to be one of the smartest free-transfer signings of the window.