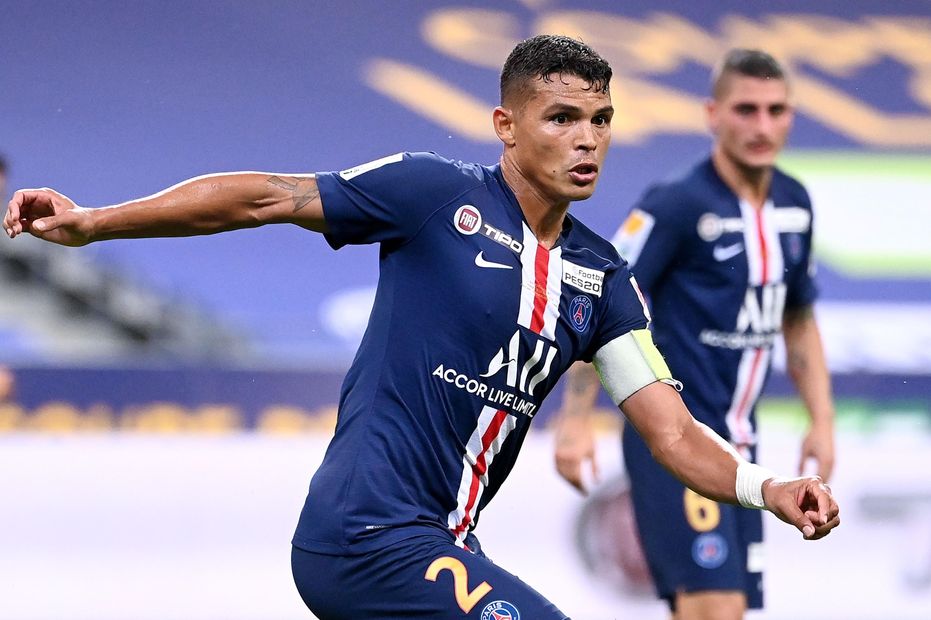 Adrian Clarke says 35-year-old defender will help Chelsea build from the back, while his aerial prowess will also be valuable

The experience and class of Thiago Silva will enhance Chelsea’s defensive unit this season.

He may be approaching his 36th birthday but the centre-back's contributions for Paris Saint-Germain has not waned in recent years.

Displaying calm assurance on and off the ball, the Brazilian should take the Premier League by storm.

Frank Lampard likes Chelsea to build their attacks from deep, and this approach is ideal for Thiago Silva. He is outstanding in possession, rarely giving the ball away.

In fact, as he fed a stream of precise passes into PSG's midfielders and frontmen last term, he registered the best passing accuracy of any player across Europe's top five leagues.

His accuracy over longer distances is also top class. During the Ligue 1 campaign, 76.4 per cent of his long passes found a team-mate.

The Brazilian often steps into midfield to start attacks so his confident distribution will be a wonderful asset to the side.

Chelsea ended the season using a 3-4-2-1 formation and, in that shape, Thiago Silva would fit perfectly in the centre of a three-man unit.

He can play on the left or right side of a back-four pairing. But, as a natural deep-lying playmaker, he is well suited to operating in the middle of a trio.

Their 11 headed goals conceded was the third-highest total in the Premier League and represented a 20.8 per cent share of the total goals they let in.

Only Wolverhampton Wanderers, with 25 per cent, conceded a higher ratio from headers.

At 6ft tall, Thiago Silva is not physically imposing, but he is still strong in the air.

In last season's UEFA Champions League (UCL) he won 76.9 per cent of his aerial duels.

Thiago Silva is a fine reader of the game and, if Lampard persists with a 3-4-2-1 system, his new signing will ably cover the two defenders either side of him.

He has been a world-class centre-back for many years and was imperious during PSG’s run to the UCL final.

For one season, or possibly two, Thiago Silva could be a big success for Chelsea.