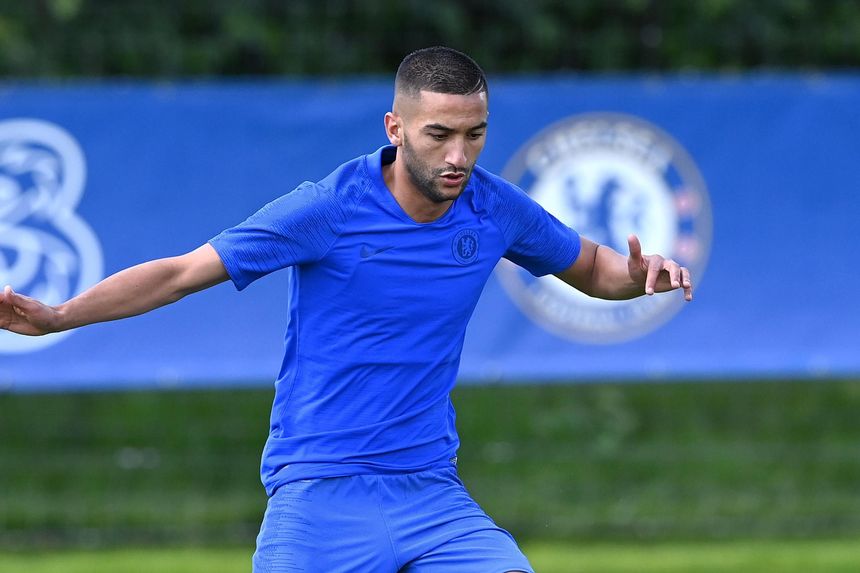 Ziyech could be one of the most entertaining Premier League players this season.

Skilful, well balanced, creative and capable of the spectacular, the 27-year-old signing from Ajax is sure to excite Chelsea fans.

At times last term Chelsea struggled to break down opponents who played in a low defensive block. Ziyech will give them a new dimension.

The Moroccan has the ability to conjure up moments of inspiration from nowhere.

Ziyech’s strongest attribute is his left foot, which has wreaked havoc in the Eredivisie and UEFA Champions League for years.

Chelsea witnessed first-hand the damage he can cause last November, when he produced a pair of assists in a 4-4 draw at Stamford Bridge.

The inswinging right-wing cross for Quincy Promes's goal that night was a trademark Ziyech assist.

Indeed, he is one of the best in the world at producing hard-to-defend left-footed crosses from the right.

When Ziyech cuts inside on to his left foot, he will look to shoot from distance, too.

Half of his eight goals in 2019/20 came from outside the area, with two apiece in the Eredivisie and UEFA Champions League.

For making and taking opportunities, Chelsea ranked highly last season. They were second in the Premier League for shots and chances created, and third for goals scored.

The addition of Ziyech will only boost their creativity and his versatility will be useful for Lampard, who has lost Willian to Arsenal on a free transfer.

Like Willian, Ziyech can play in any of the three attacking-midfield roles. While his best position is on the right, he is equally adept on the left or as a No 10.

While Premier League football will be a step up for Ziyech, his performances in Europe show he is capable of performing on the big stage.

He is always looking to play a clever forward pass that releases runners in behind.

Chelsea’s new striker Timo Werner, who has great off-the-ball movement, will be excited to play with Ziyech, and Christian Pulisic, Tammy Abraham and Olivier Giroud are sure to benefit, too.

A proven attacking midfielder, Ziyech has the ability to light up the Premier League this season.