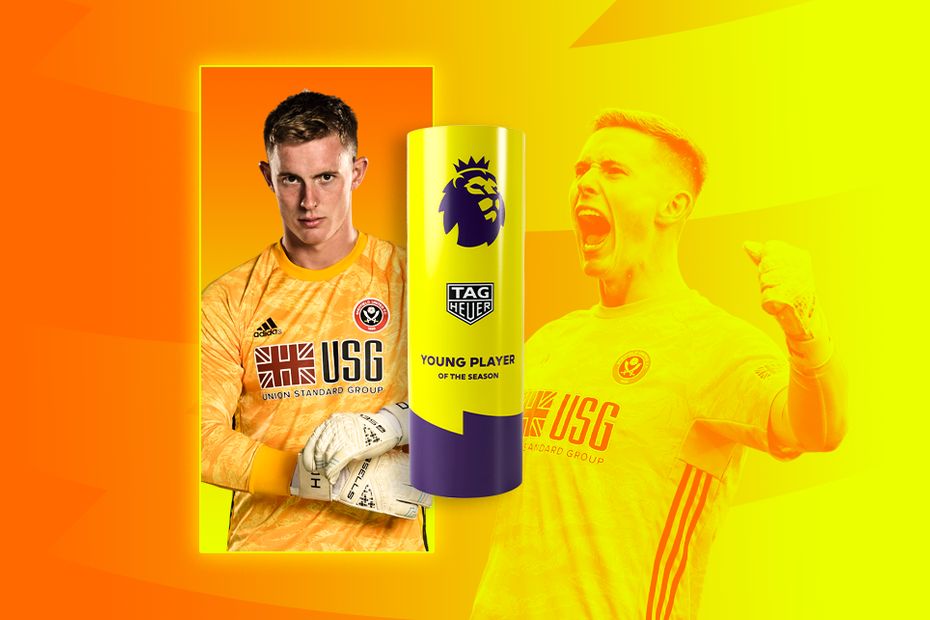 The goalkeeper joined promoted Sheffield United on a season-long loan from Manchester United and helped them finish ninth.

After bouncing back from an early-season mistake for Liverpool's goal in a 1-0 defeat at Bramall Lane, Henderson claimed a total of 13 clean sheets, finishing joint-third behind Ederson and Nick Pope in the race for the Golden Glove.

He also made 97 saves as Sheff Utd conceded just 39 goals during the season, the fewest by a promoted club in a single Premier League campaign.

"It has been a great learning curve for him," says former Tottenham Hotspur head coach and Aston Villa manager Tim Sherwood. "He looks like he has all the attributes to be a top goalkeeper.

"Chris Wilder criticised him publicly [after the Liverpool match] and he came back from that brilliantly.

"The kid looks like has the whole game. He’s decent on the floor, his shot-saving is magnificent and when he comes, he commands his box. He’s got the quality to be David De Gea’s heir."