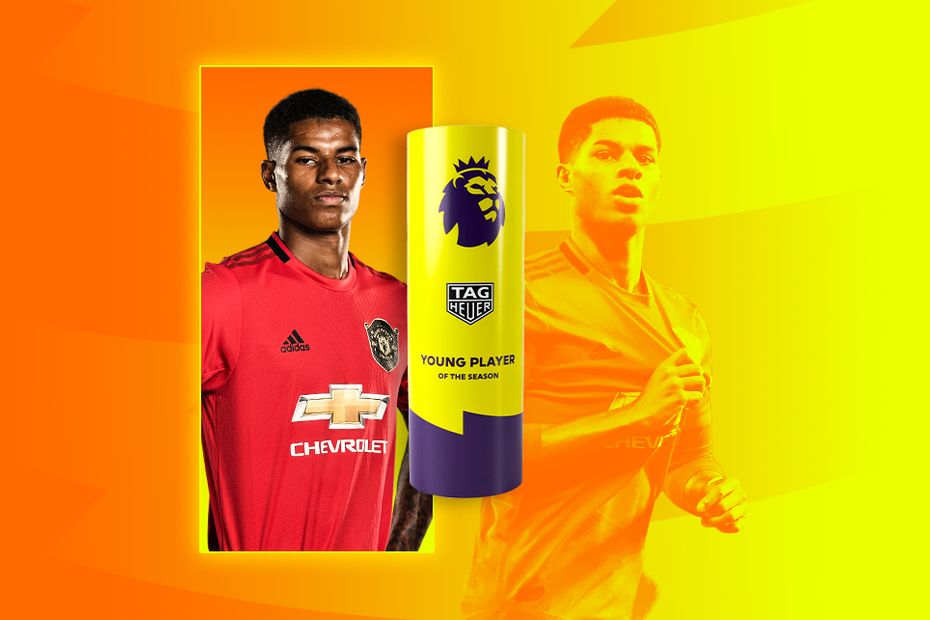 It has been a memorable season on and off the pitch for the 22-year-old forward.

He underlined his importance to Manchester United with 17 goals, his best tally in a campaign, and seven assists as the Red Devils finished third.

Meanwhile, during the COVID-19 pandemic, Rashford helped to raise more than £20million in donations to supply 3.7million meals to vulnerable people in the United Kingdom.

His inspirational role on and off the pitch earned him the Premier League's Academy Graduate award for 2019/20.

"He is so effective and pacy and, if there is space in behind, there is no one better. He just takes advantage of it," says former Tottenham Hotspur head coach and Aston Villa manager Tim Sherwood.

"His numbers are picking up and people are finally realising that Marcus Rashford is the real deal. He's at the perfect stage at Man Utd.

"He's a wonderful finisher and he has to be praised for the work he has done through the pandemic. These kids aren't only footballers, they're role models."