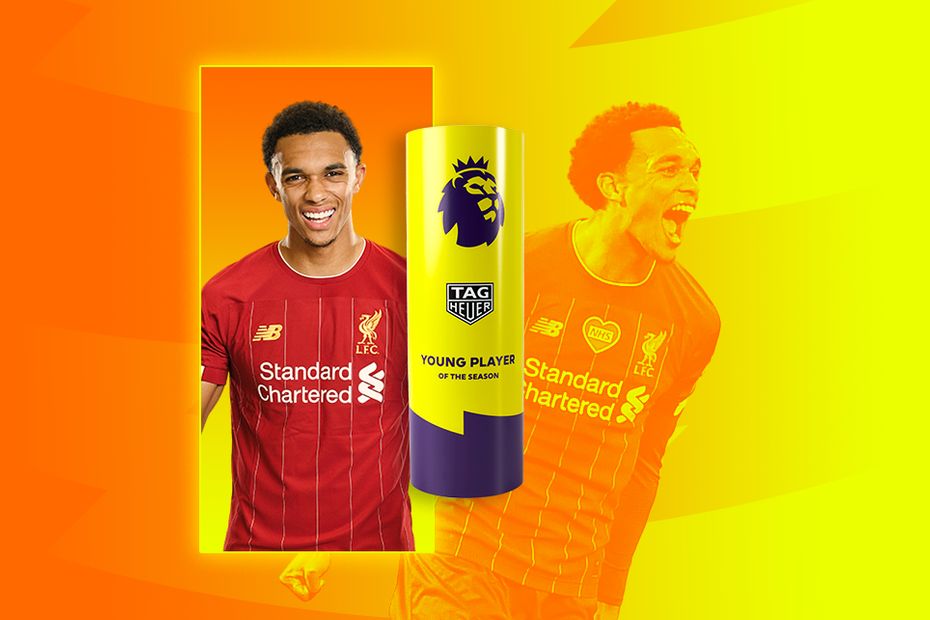 Right-back up for award after starring in Liverpool's title-winning campaign, and he was second only to Kevin De Bruyne for assists

The 2019/20 campaign was nothing short of sensational for the flying Liverpool full-back.

A graduate of the club's academy, Alexander-Arnold featured in every match for the Premier League champions.

The 21-year-old provided 13 assists, the second-highest total in the Premier League, while scoring four goals of his own including efforts in both victories over Chelsea.

Meanwhile, at the other end of the pitch, he earned 12 clean sheets for the league's best defence in the campaign.

"He would be my pick because of what he’s doing to that position," says Don Hutchison, who made 220 Premier League appearances for four clubs including Liverpool.

"I’ve only ever seen two or three full-backs in European football as adventurous as Trent. He is in that bracket where he’s taking that position on to a whole new level, a whole new skillset.

"It's a massive compliment when people talk about Trent changing position because his numbers are so good at right-back that they want more from him in midfield. But I would never be tempted to move him.

"He's got the capabilities but while he’s on that right-hand side, he's up and down and getting crosses, assists, goals."