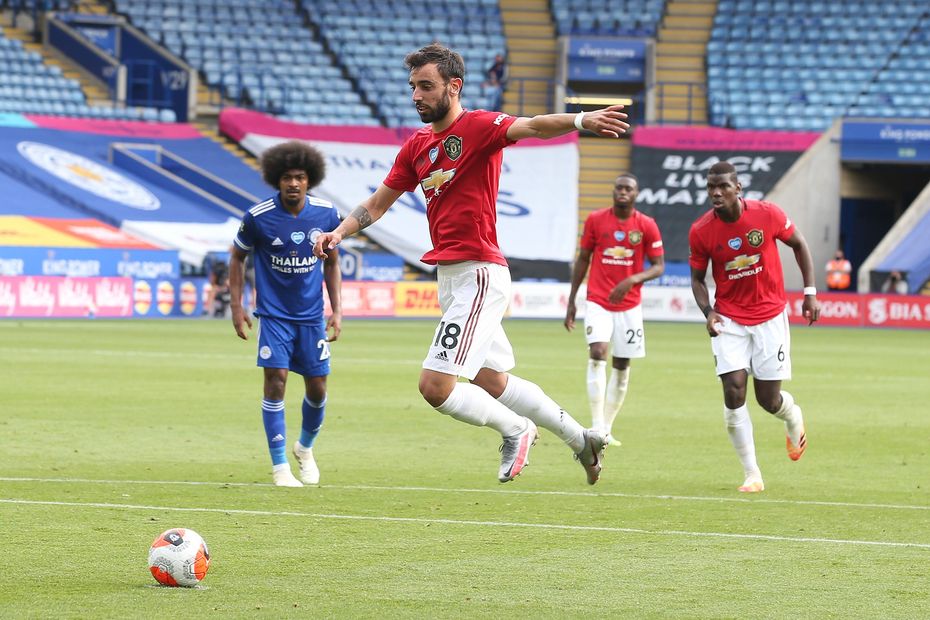 Bruno Fernandes' penalty against Leicester City not only helped Manchester United secure a top-four finish on the final day, it also set a Premier League record.

It was Man Utd's 14th spot-kick of the Premier League season, the most awarded to a team in a campaign in the competition’s history.

As referee Martin Atkinson pointed to the spot to penalise a foul on Anthony Martial, Ole Gunnar Solskjaer's side exceeded the total of 13 penalties given to Crystal Palace in 2004/05 and to Leicester in their title-winning 2015/16 season.

Unsurprisingly, since the start of last season, United's 26 penalties taken and 19 scored are more than any other Premier League side.

However, Man Utd have fallen one short of the record for the most successful spot-kicks in a season, having missed four of their attempts in 2019/20.

Two of those misses came in the same match, with Marcus Rashford and Martial both being denied by Norwich City's Tim Krul in October.

It means Palace and the Chelsea team of 2009/10 still jointly hold the record for the most penalties scored, with 11. Palace's were all scored by Andy Johnson, an individual competition record in a season.

There have been no such failures for Man Utd, though, since Bruno Fernandes joined the club in January and became the No 1 penalty-taker.

Of the five penalties awarded to United since his arrival, the Portuguese midfielder has taken four and scored them all. Rashford took the other and converted against AFC Bournemouth.

With Fernandes also netting another four times, and adding seven assists, he has been directly involved in 15 Premier League goals since his February debut, more than any other player during that period.