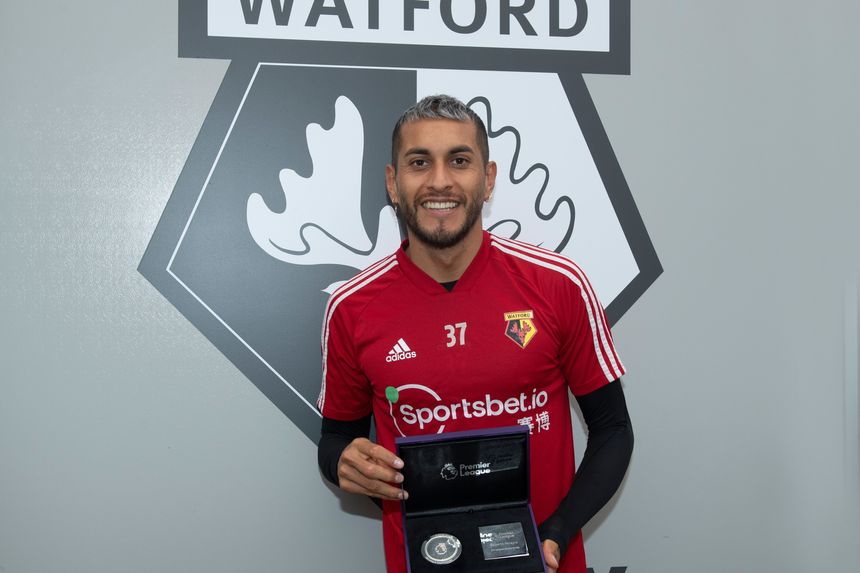 For Roberto Pereyra, making his 100th Premier League appearance in a 3-0 win over Liverpool is something he could only dream of when growing up in Argentina.

The Watford midfielder used to sell cans of copper and fruit as a boy to earn money for himself and to help to buy food for his family, unable to think about buying footballs or boots.

Those experiences have helped the 29-year-old appreciate the life he is now able to live, having joined from Juventus in 2016.

"I often think about how much things have changed and I talk to my family and friends about it because without them I would not be here," Pereyra told Watford's official website after being presented with his Premier League Milestone, in association with Cadbury, for reaching the landmark century of matches in the competition.

"My parents made many sacrifices to help me get enough money to buy football boots and things, so I’m very proud and grateful to get this far."

His captain Troy Deeney recently revealed his admiration for Pereyra, saying the Argentinian was the best player he's ever played with.

Proud of his achievement, Pereyra, who has scored 16 goals and supplied five assists for the Hornets, is determined to make many more appearances for the club in the Premier League.

"It’s not the kind of thing that just anyone can achieve, so it’s a great accomplishment for me and one I am honoured to have reached," he said.

"The challenge now is to carry on and get many more. I really hope we can now end this season on a high."

Pereyra will hope to feature when Watford travel to West Ham United tonight, in a match where a win would send the Hornets six points clear of the relegation zone with two matches left.