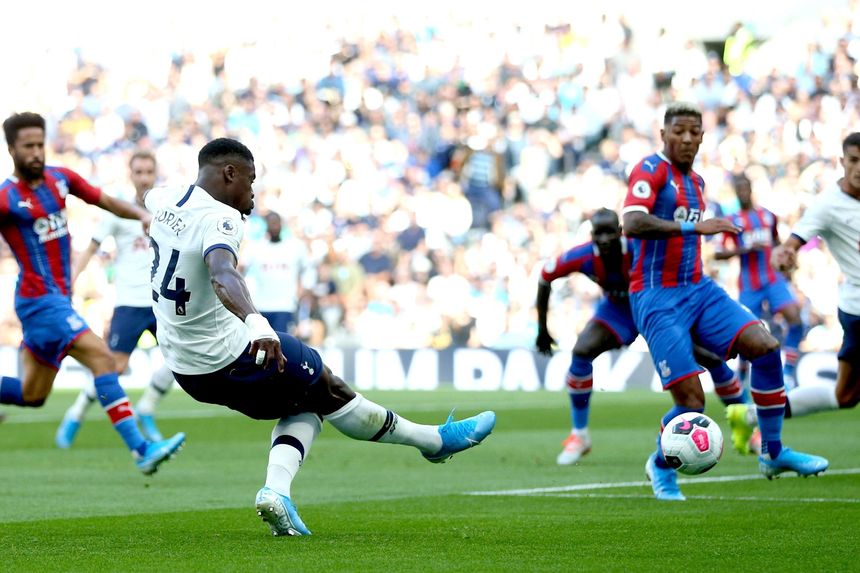 Voices on the game... Arsenal External Link
'Spurs have helped us care for our patients'
Watch Kane's double on north London derby debut

Tottenham Hotspur must sharpen up as an attacking force if they want to maintain their excellent recent home record in the north London derby.

Arsenal have only won twice at the home of Spurs since 2007 but are performing with confidence ahead of their first visit to Tottenham Hotspur Stadium.

Last time out in a goalless draw at AFC Bournemouth they struggled, failing to muster a single shot on target.

In the lead-up to this derby, Arsenal's football inside the opposition half has been far more penetrative than that of Spurs.

Adjusting well to a new 3-4-3 shape, Mikel Arteta's improving side have shown clever movement and a willingness to transfer the ball quickly.

Across their last five Premier League outings, 12 different players have fashioned at least one shot on target.

Pierre-Emerick Aubameyang, who has struck 11 efforts on goal during this period, has managed the same figure as the entire Spurs team combined.

Son Heung-min and Harry Kane, with four apiece, are the only members of Mourinho's squad to produce more than one shot on target since the restart.

Both men have starred in recent north London derbies and will be the chief danger men again.

Slow build-up play has been an issue for Spurs in recent weeks.

They have averaged only 6.2 chances created from open play per match since the season resumed, compared to an average of 8.6 over their first 29 contests.

Spurs' creativity since the restart

A little too deliberate with their passing and reluctant to make varied and dynamic off the ball runs, too much of their football has been played in front of opposition sides.

This has affected their ability to get into dangerous goalscoring positions and is a reason why they have scored just five goals in as many matches.

From open play the team must play at a faster tempo and their central midfielders need to be more progressive with their passing.

This will increase the quality and quantity of opportunities for their talented forward players.

In the 0-0 draw with AFC Bournemouth, there was an over-reliance on right-back Serge Aurier to unlock the door.

The Ivorian got into a lot of promising positions but just one of his 10 crosses from open play found a team-mate.

His accuracy will need to improve on Sunday.

In spite of that profligacy, Arsenal must be wary of Aurier's forays into the final third.

One potential issue is the likely presence of Aubameyang down Aurier's flank, so it will be fascinating to see if he is deterred from making as many forward bursts.

If Aurier does hold back, Spurs will need others to step up and show much more attacking imagination.