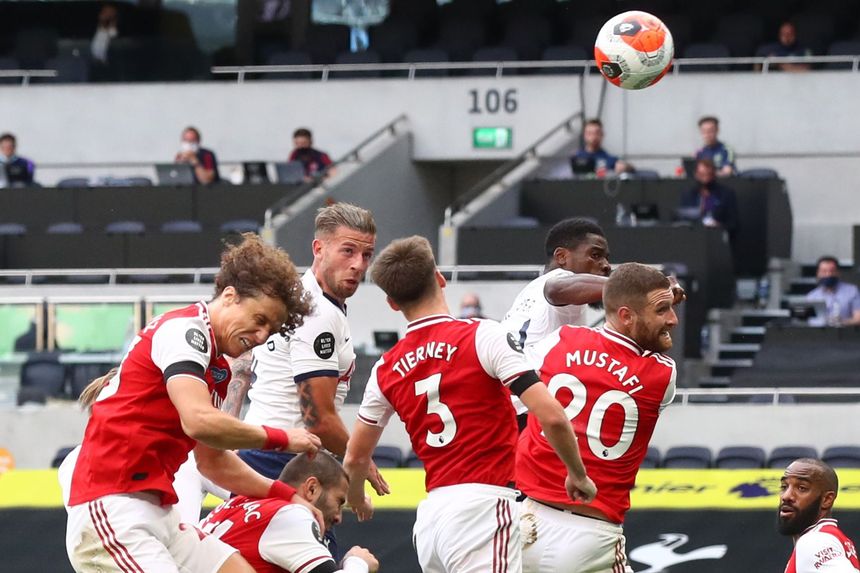 Toby heads us to victory against Arsenal External Link
Hoddle: Get in there, you beauty!

A late Toby Alderweireld header earned Tottenham Hotspur a 2-1 comeback win over Arsenal to boost their hopes of European qualification.

Arsenal went in front in the 16th minute through Alexandre Lacazette's stunning strike into the top-left corner from 20 yards.

Their lead lasted just 70 seconds, as Son Heung-min latched on to a loose pass by Arsenal's Sead Kolasinac and lifted the ball over Emiliano Martinez.

Both sides hit the woodwork either side of half-time. Ben Davies's strike from distance was tipped on to the bar by Martinez, while Pierre-Emerick Aubameyang's fierce shot came off the corner of the goal after the break.

The decisive moment came with nine minutes remaining, when Alderweireld headed in from Son's corner.

Spurs move a place above Arsenal into eighth with 52 points, three behind sixth-placed Wolverhampton Wanderers.