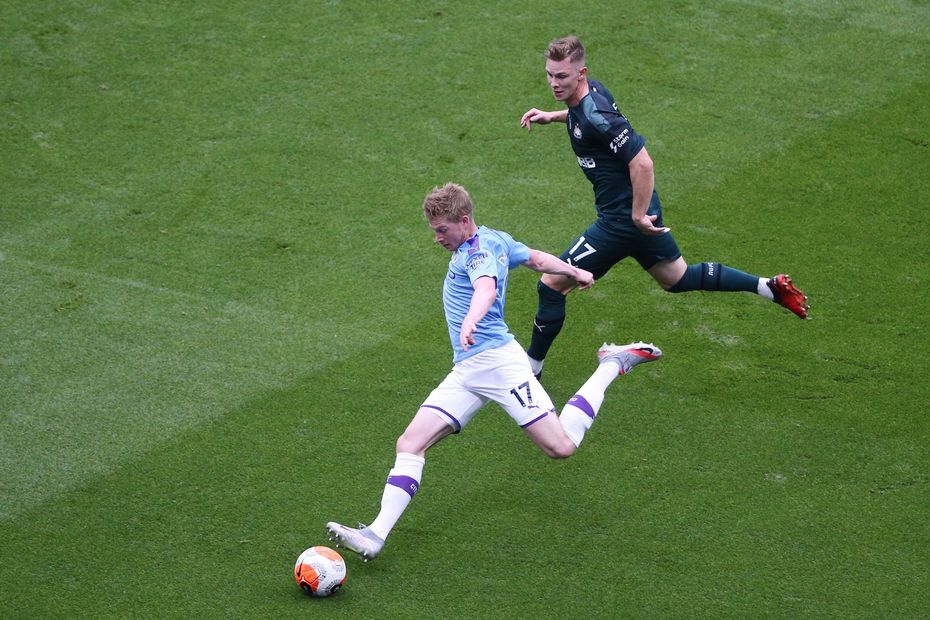 Kevin De Bruyne is on course to match Thierry Henry's record for most assists in a Premier League season, and he could yet make history by beating the Arsenal legend's record.

The Belgian set up his 18th league goal of the campaign in Manchester City's 5-0 win over Newcastle United on Wednesday.

De Bruyne is assisting a goal this term at a rate of 0.56 per appearance. With four matches left he is on target to equal Henry's total on the final day of the season, at home to Norwich City.

All four of the teams they are to play sit in the bottom six, and in this season's reverse fixtures De Bruyne set up goals against all but one of them, producing four in total.

De Bruyne, who is  six clear of Trent Alexander-Arnold in the race for the Playmaker of the Season award, presented by Cadbury, must try to avoid the fate of the last man, beside himself, to challenge Henry.

Mesut Ozil got closest when he set up his Arsenal team-mates for goals 19 times in 2015/16.

Along with De Bruyne this season, Ozil is the only other player to reach 18 assists by Matchweek 34 of a Premier League season.

Ozil did so as early as Matchweek 27, but could only manage one after that.

By contrast, at this stage of Henry's record-breaking season the Frenchman had just 13 assists, giving hope to De Bruyne he could yet become a history-maker in a league of his own.