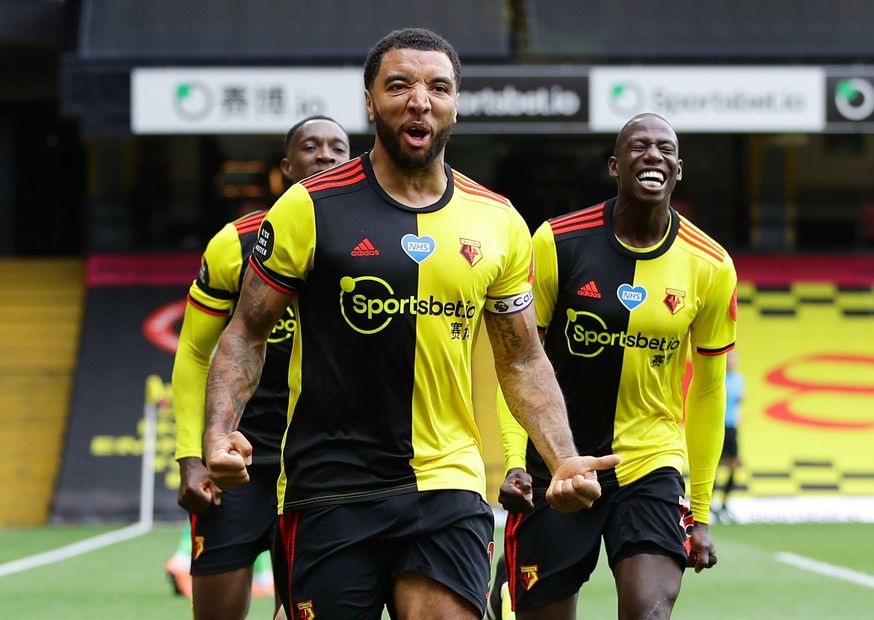 Troy Deeney scored two second-half penalties as Watford came from behind to beat Newcastle United 2-1 at Vicarage Road and strengthen their prospects of avoiding relegation.

Danny Welbeck looked to have put Watford ahead, but his effort was pushed on to the post by Martin Dubravka before being cleared off the line by Jamaal Lascelles.

Instead, Newcastle made the breakthrough on 23 minutes when Matt Ritchie's corner was flicked on by Federico Fernandez for Dwight Gayle to finish.

But seven minutes after half-time, Deeney emphatically converted from 12 yards after Kiko Femenia was brought down by Ritchie.

And on 82 minutes, Deeney netted his second spot-kick of the match after a trip on Ismaila Sarr by Javier Manquillo.

Watford remain 17th but now have 34 points, leaving them six points clear of the bottom three.