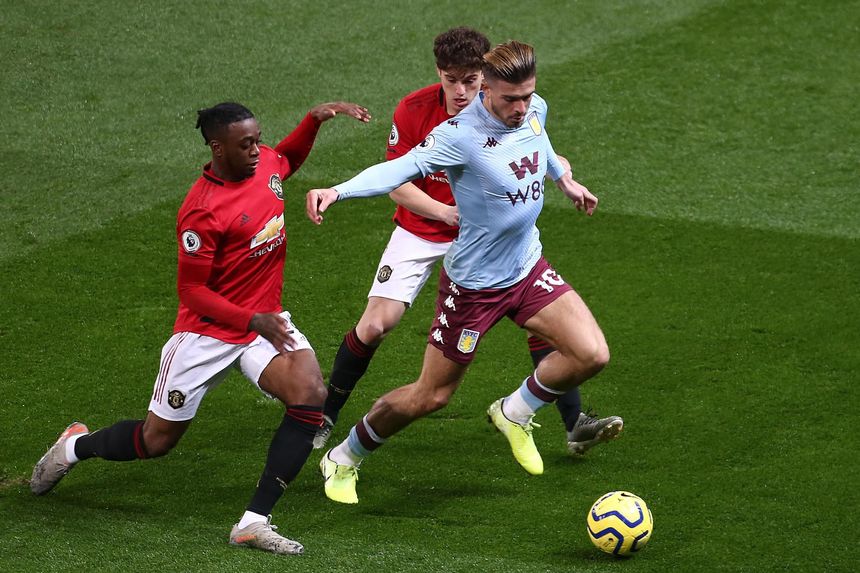 The signs so far, however, have not been promising.

This season, against sides sitting in the top eight, Villa have mustered a singular point from a possible 42, conceding at least twice in 13 of those 14 matches.

Perhaps more worryingly for Villa fans, since the resumption of the 2019/20 campaign, they have scored only twice in five fixtures.

This is not exactly the ideal time for them to face an in-form Man Utd side who have struck 12 goals in their last four matches.

Villa will need to show plenty of defensive resilience as well as a sharper cutting edge going forward.

Key to a shock success on Thursday evening will be the performance of captain and talisman Jack Grealish, who scored in a 2-2 draw at Old Trafford in December.

In Villa's last two outings, the midfielder has operated in a free role, rather than on the left of a three-man attack.

Against Wolverhampton Wanderers, Grealish played behind the front two in a 4-4-2 diamond shape.

And last time out at Liverpool, he featured as a No 10 with Keinan Davis the lone striker, but struggled to make an impact.

In truth the 24-year-old did not make the best use of this freedom.

He routinely veered towards the flanks rather than making runs into the box and had a minimal impact inside the final third.

If he is going to thrive as a No 10, Villa need Grealish to join in as an extra forward with far greater frequency.

Six of his seven Premier League goals this term have come inside the area and so Grealish must push himself to get into more goalscoring positions.

Grealish holding back since restart

Since the competition's resumption, Villa have struggled to progress the ball in advanced areas.

In all of their last five matches their touches inside the area and shots on target from inside the 18-yard area have been lower than their season average.

Villa's best chance of scoring against United could come from set-pieces.

Conor Hourihane and Grealish have shown great quality from dead-ball situations. The 12 goals from corners and free-kicks they have helped their side score are the joint-second-best return in the 2019/20 campaign, after AFC Bournemouth.

Both Villa and United have shown a weakness when defending corners. Smith's side have conceded from nine, while United have let in only one fewer.

When it comes to shipping goals from set-plays Villa are the joint-most vulnerable team in the top flight, level with the league's bottom club Norwich City.

Against an in-form United on Thursday night, 18th-placed Villa could not be facing a stiffer challenge to their quest of remaining in the Premier League.

If they are to accomplish a first win against the Red Devils since 2009 and close the four-point gap to safety, they will need to be bolder in possession and driven forward by a more attack-minded Grealish.