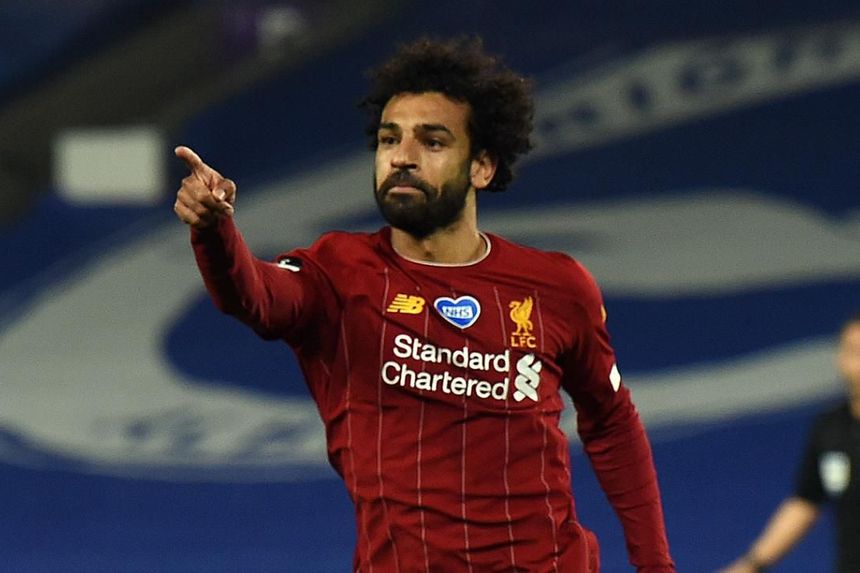 Mohamed Salah scored twice and created another goal as champions Liverpool won 3-1 at Brighton & Hove Albion for their 30th victory of the Premier League season.

Salah opened the scoring on six minutes when he finished from Naby Keita’s cross.

And two minutes later, Salah’s neat touch set up Jordan Henderson to curl the ball into the left corner of the net from outside the penalty area.

Brighton pulled a goal back before half-time, when Leandro Trossard scored for a second successive match by volleying in Tariq Lamptey’s centre.

But Liverpool restored their two-goal lead on 76 minutes through Salah, who headed in substitute Andrew Robertson’s corner for his 19th league strike of the season, three behind the league's top scorer, Jamie Vardy.

Having reached 30 wins in a Premier League record of 34 matches, Liverpool are now on 92 points.

Brighton stay 15th with 36 points, nine above the relegation zone.