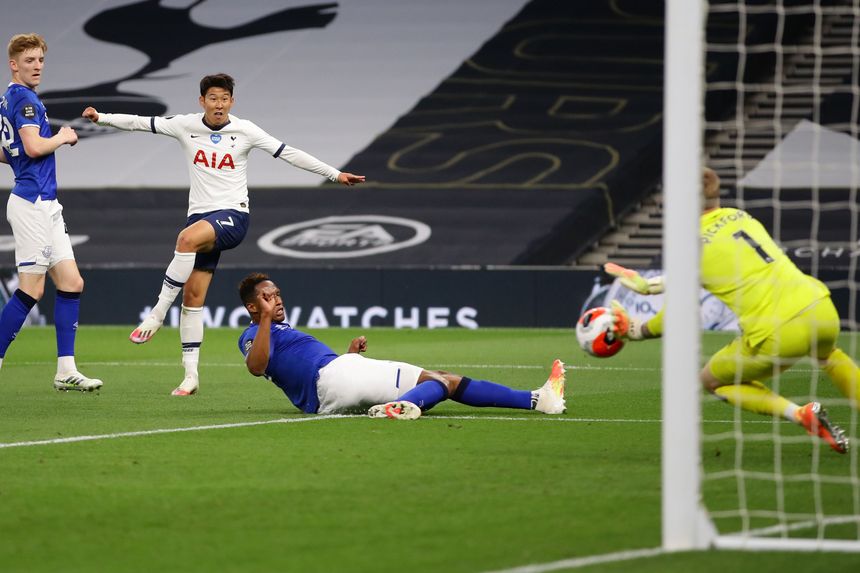 Report: Spurs 1-0 Everton External Link
'Spurs have helped us care for our patients'

An own goal by Michael Keane was enough to give Tottenham Hotspur their second win in three matches, as they beat Everton 1-0.

The Toffees defender had no chance of getting out of the way as Giovani Lo Celso's shot deflected off him and past the helpless Jordan Pickford in the 24th minute.

Son Heung-min came close to doubling the lead early in the second half but sent a shot wide and was also twice denied by Pickford.

Jose Mourinho's 200th Premier League victory as a head coach takes his side up to eighth place on 48 points.

Everton’s first defeat in three matches leaves them 11th on 44.