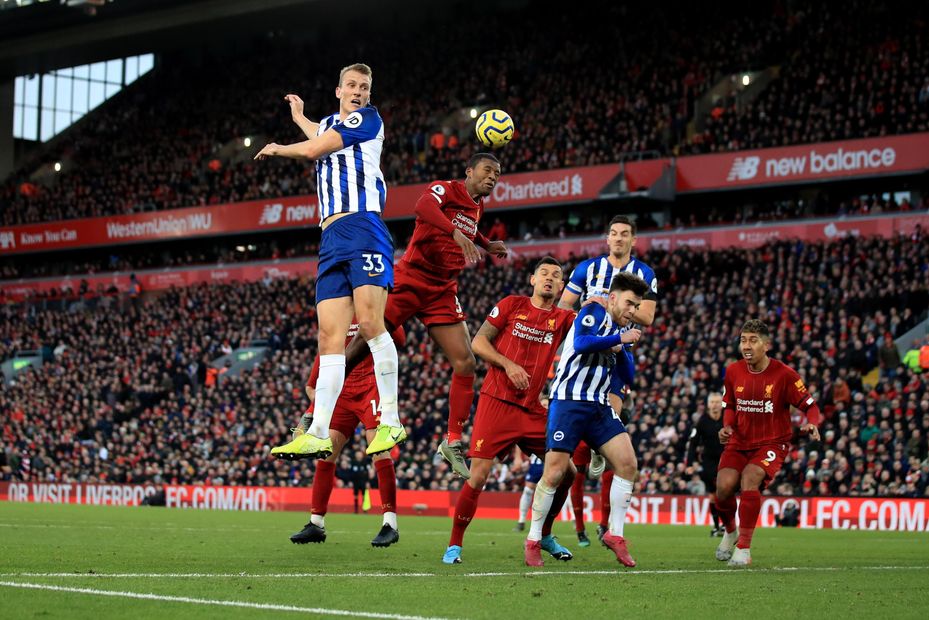 Liverpool picked up their first win as Premier League champions, beating Aston Villa 2-0 in Sunday and a 30th win of the season will mean they achieve that mark quicker than any other team.

Jose Izquierdo remains sidelined for Brighton, while a decision will be made on Steven Alzate ahead of the match.

Brighton have lost all four of their previous Premier League matches against teams starting the day top of the table.

The Seagulls have scored 35 league goals this season, equalling their tally from last season with five matches remaining. It is one more than they netted in their first campaign in the competition in 2017/18.

Liverpool have won 29 of their 33 league encounters this season and should they beat Brighton, they will have reached 30 wins in a season faster than any team in the history of the competition. Manchester City hold the record having taken 35 matches to do so in 2017/18.

Sadio Mane has scored against 28 of the 30 opponents he has faced in the Premier League. He has only failed to do so against Middlesbrough and Brighton.