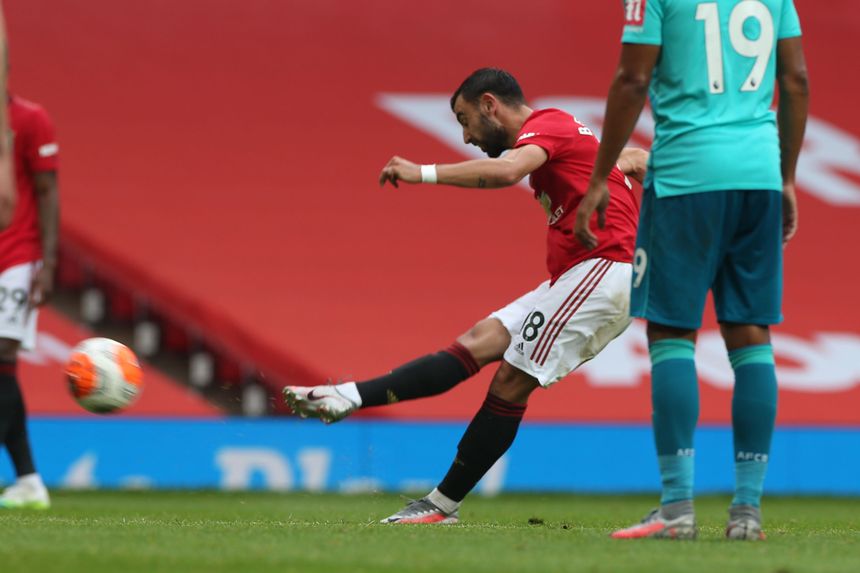 Only five players have managed 10+ goals or assists in fewer Premier League matches than the Man Utd midfielder, who equals a club record

Why we all love Bruno! External Link

With another goal and two more assists on Saturday Bruno Fernandes not only helped Manchester United to a convincing victory, he equalled a club record in the process.

Fernandes set up goals for Mason Greenwood and Anthony Martial in the first half of Man Utd's 5-2 home victory over AFC Bournemouth and crowned a wonderful performance with a 59th-minute free-kick.

His six goals and five assists in nine Premier League appearances since his arrival in February make him the joint-quickest Man Utd player to reach 10 goal involvements in the competition, alongside Eric Cantona and Robin van Persie.

With nine appearances, Fernandes, who has yet to find himself on the losing side for Man Utd, is also the joint-sixth quickest player to reach 10 goal involvements in the history of the Premier League.