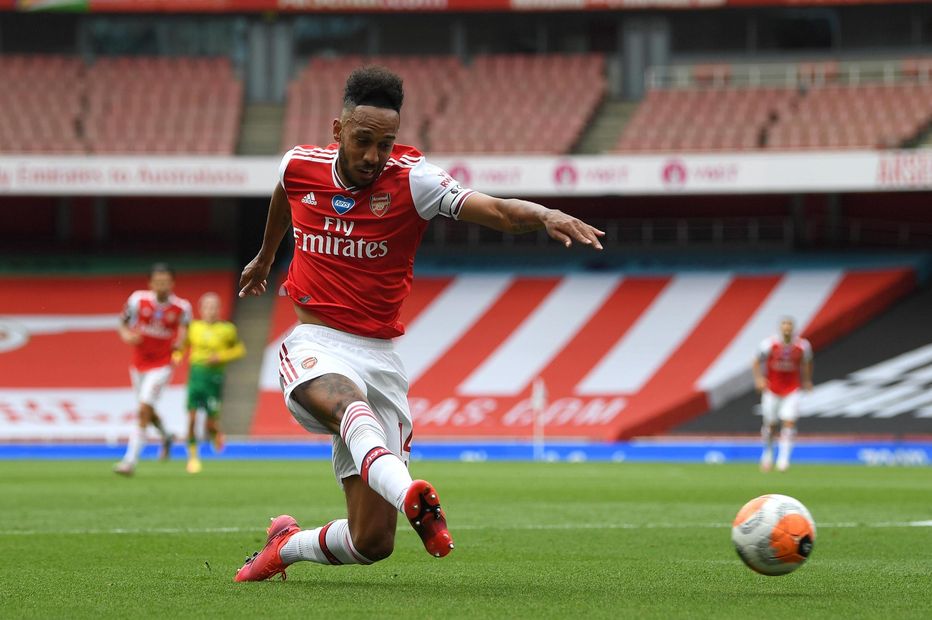 A fluid new tactical approach from Mikel Arteta has given fresh life to Arsenal ahead of a testing trip to Wolverhampton Wanderers.

Across their last three fixtures, Arsenal have lined up in 3-4-2-1, 3-3-3-1 and 3-4-3 formations, claiming victories at Southampton and Sheffield United (in the FA Cup) and at home to Norwich City respectively.

Arteta's move from a flat back four seems to be providing greater defensive stability.

In their 4-0 midweek win against Norwich, the Canaries were unable to register a single shot from inside the penalty area.

And when it comes to possession, Arsenal's intelligent movement has caused opponents problems.

Nicolas Pepe, Bukayo Saka and Kieran Tierney have all worked tirelessly to create space in the wide areas.

Arteta's evolving shape has allowed Pierre-Emerick Aubameyang to spend more time inside the opposition half.

Supported by a left-sided central defender and a wing-back Aubameyang does not have to track back as much as when he operated as a wide forward in a 4-2-3-1.

Leaving the flank free for Saka or Tierney, the team's leading scorer has stepped inside to play narrower, which he has done to great effect.

Against Norwich, Alexandre Lacazette dropped off to play as a "false nine", which helped Aubameyang to drive beyond him a number of times.

The stats support Aubameyang's increasing goal threat, too. He has recorded 16 shots in four Premier League appearances since the restart.

The forward, who has netted 19 goals in 2019/20 and is level with Jamie Vardy in the race for the Golden Boot, will line up directly against Wolves' right-sided central defender Willy Boly, one of the season's outstanding players.

The strength and sound positional play of Boly is sure to test Arsenal's in-form captain in what promises to be a fascinating duel.

If Arsenal's rotational movement takes another step forward, goalkeeper Rui Patricio will be kept busier than he has been.

In Wolves' three clean sheet wins since the restart, Patricio has faced only three shots on target.

Arsenal's latest system has also given their central midfielders licence to thrill.

For most of this campaign, forward bursts from midfield have been limited so they do not further expose a fragile back four.

Across the last two matches, however, there has been a shift in attitude.

Dani Ceballos strode into the box to dispatch the winning goal against Sheffield United. That strike was followed by a similar effort by Granit Xhaka against Norwich.

Having the insurance of an extra defender in place behind them has provided Ceballos and Xhaka with added confidence to push on.

It will be fascinating to see how Arteta's improving side match up against a Wolves team who are vastly experienced at playing with their own back three.