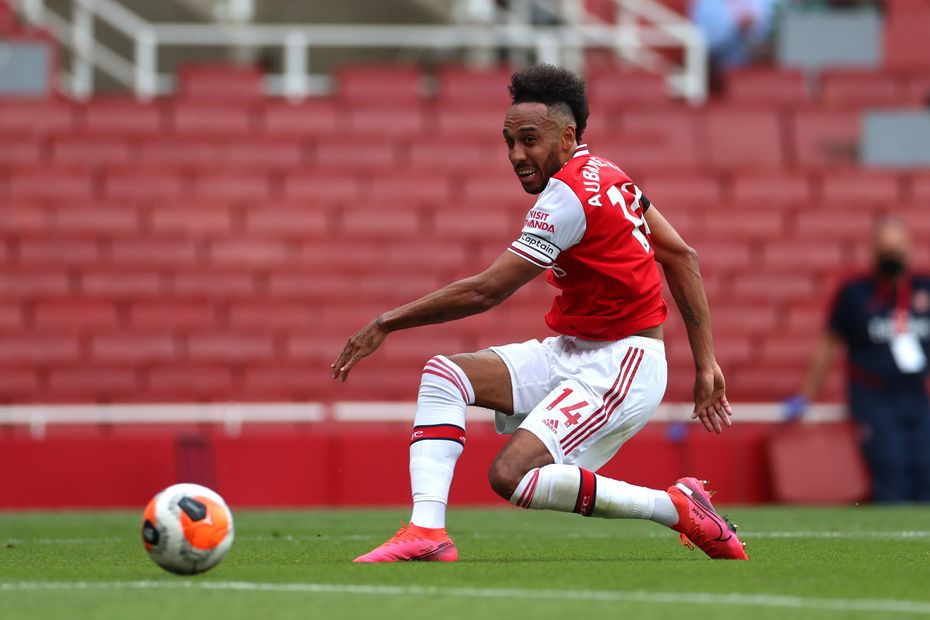 When he opened the scoring against Norwich City on Wednesday, Pierre-Emerick Aubameyang set a Premier League record for Arsenal that had been held by club legend Thierry Henry.

The goal against the Canaries was the striker's 50th in the Premier League and came in just his 79th match in the competition.

And he is now the joint-leader in the race for the 2019/20 Golden Boot, moving level with Leicester City's Jamie Vardy on 19 goals as he seeks to win the award for the second season in a row.

The player requiring the fewest appearances to hit 50 goals was Andrew Cole, who achieved the mark in his 65th PL match.