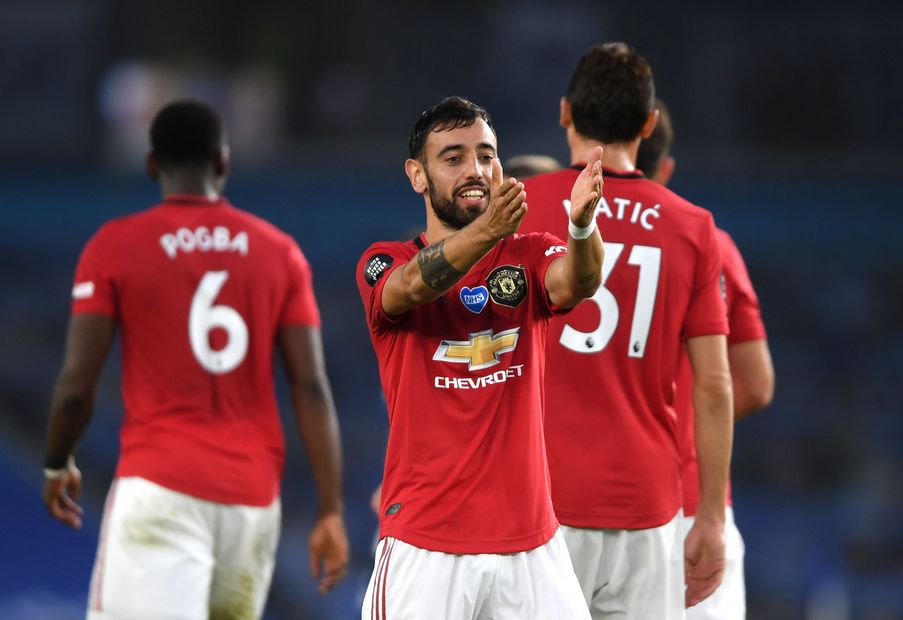 Bruno Fernandes had already hit a post with a well-struck shot before Mason Greenwood's smart low finish on 16 minutes.

Paul Pogba then set up Fernandes, whose deflected shot found the corner to make it 2-0 on 29 minutes, during a first half dominated by Man Utd.

The Seagulls pushed on after the break but were undone by a sweeping counter-attack in which Fernandes volleyed home Greenwood's floated cross.

Aaron Connolly and Neal Maupay then forced fine saves from David De Gea, but the hosts could find no reply.

Ole Gunnar Solskjaer's side are back up to fifth place with 52 points.

Brighton are 15th, on 33 points, six above the relegation zone.