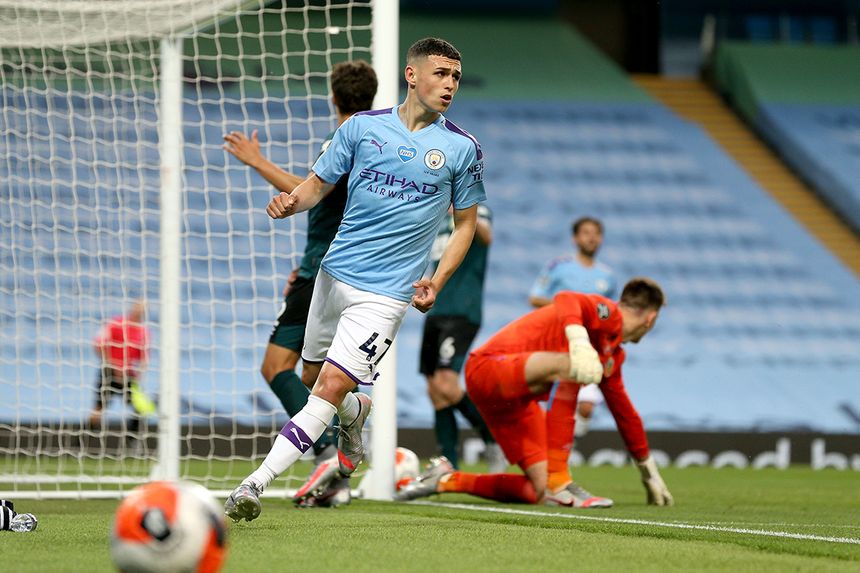 Pep Guardiola's squad rotation during Manchester City’s Double Gameweek 30+ offered a taste of what may lie ahead over the season run-in for Fantasy Premier League managers.

Manager Guardiola made eight changes to his XI across the two matches, with only Ederson (£6.0m), Riyad Mahrez (£8.5m) and David Silva (£7.3m) starting both.

Mahrez justified that faith with two goals, an assist and 21 points in the wins over Arsenal and Burnley.

But it was midfielder Phil Foden (£5.1m) who emerged as the big success, scoring three goals and claiming 22 points.

The Scout’s panel of experts discuss their plans for Man City players over their remaining Gameweeks.

Ash (@FPL Hints): With the title all but wrapped up for Liverpool, I expect more rotation from Guardiola. But two players could be guaranteed starters; Jesus makes sense with Aguero out for a number of weeks, and Foden's form and rising promise makes him a cut-price option.

Paul Gee (@FPLPaulGee): I think the double or triple-up is on, even though the title will have gone. With Aguero’s injury the obvious option is Jesus, but Raheem Sterling (£11.7m) looked rampant against Arsenal and he can play the "False 9" role. Apart from Ederson, he will be the most nailed for a start.

Holly Shand (@FFCommunity_): I'm sticking with Kevin De Bruyne (£10.7m) for now, until Pep gives me serious reasons to consider dropping him. I'll have an eye on their FA Cup fixture, which could become the priority.

Tom (@WGTA_FPL): I've only got De Bruyne at the moment, with the next two matches tough on paper. But from Gameweek 33+ onwards they don't face another side in the top six. We should definitely bear that in mind. I'm considering swapping out Pierre-Emerick Aubameyang (£11.0m) and getting Jesus for that run.

Sam (@FPL Hints): Treble Man City for the Double Gameweek made perfect sense. However, we have seen huge rotation from Pep across those two matches and I expect that to continue. Aguero's injury makes Jesus a good option but Pep has been known to play a "False 9" system, so the Brazilian isn’t guaranteed to start every time. De Bruyne is essential and there is potential for one more with Mahrez, and even Foden, looking good and getting game time across the Double. Whoever you pick, be prepared for rotation.

Ben Crabtree (@FC_CrabDogg): I think having two Man City attackers looks good. Three may require a good bench but leave little funds for one. De Bruyne and Jesus are my favourite combination.

Chuck Booth (@ChuckBoothSport): We're reaching a point in the season where City look two gears sharper than any team. Because of that I'm tripling up with De Bruyne, Mahrez and Jesus. It seems like adding Jesus is a no-brainer. There are so many goals to be had from both the starting line-up and the bench.

Neal Thurman (@nealjthurman): It's pretty safe to suggest that Jesus is going to start so I'm adding him to De Bruyne. After those two, the squad is full of tantalising rotation risks. The only thing that would entice me there is a bargain, so step up Foden as my fifth midfielder. Presumably, Foden will be given a lot of minutes as he auditions for David Silva's soon-to-be-vacant role.

Ben McNair (@drbenmcnair): No City asset will be safe from rotation. The three I'm looking at are De Bruyne, because he's chasing that assist record, Jesus, because of Aguero's injury, and Foden, because he's so cheap.