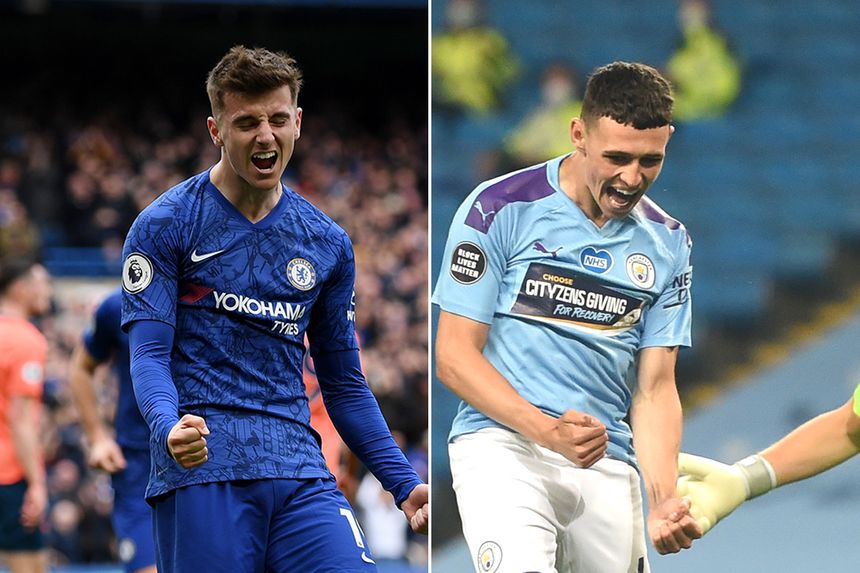 Pep Guardiola’s side are yet to face a shot on target since their Premier League return, despite playing two matches so far against Arsenal and Burnley.

But a confident Chelsea team will almost certainly ask more questions of them defensively.

And in 21-year-old Mount, the Blues have a player with the movement and skill to trouble the reigning champions.

Always on the move

Mount was an elusive man to track in Sunday's 2-1 win at Aston Villa.

Playing in an attacking midfield role that allowed him to roam left and right, he popped up in pockets of space between full-backs and midfielders and regularly ran off his markers.

None of Mount’s five crosses from inside the final third led to a chance but he looked sharp throughout.

If he plays in the same positive way and manages to push Man City's own midfield creators backwards, Chelsea will pose City problems.

Meanwhile, in-form City have their own talented homegrown playmaker in Phil Foden.

And one of the most enticing elements of this fixture is the prospect of two outstanding young English talents going head-to-head on the big stage.

Foden has featured for only 459 minutes, compared with Mount’s 2,391 minutes, so his numbers are from a small sample size that may skew them to some degree.

But the City youngster is undoubtedly a fine finisher, converting 25 per cent of his shots.

Mount registers about the same number of efforts on goal, and touches inside the penalty area, but is not quite as clinical.

Nonetheless, both will score plenty goals during their respective careers.

As well as being technically superb, the pair share a natural instinct for being where the ball will fall.

Foden has yet to create a “big chance” this season but, from open play, he is averaging a healthy 2.2 key passes per 90 minutes.

Only seven top-flight players, including three of his City team-mates, boast better figures in this department.

He is also a brilliant dribbler, completing 2.9 take-ons each match.

Mount does not have the same level of flair in and around the penalty area, averaging 1.3 dribbles and 0.9 open-play key passes, but he is still always looking to make things happen.

He forces his marker to expend energy following him into parts of the field where he doesn’t want to go.

These are two brilliant young players brimming with confidence. And it will be fascinating to see if either can make a decisive contribution in this heavyweight duel.