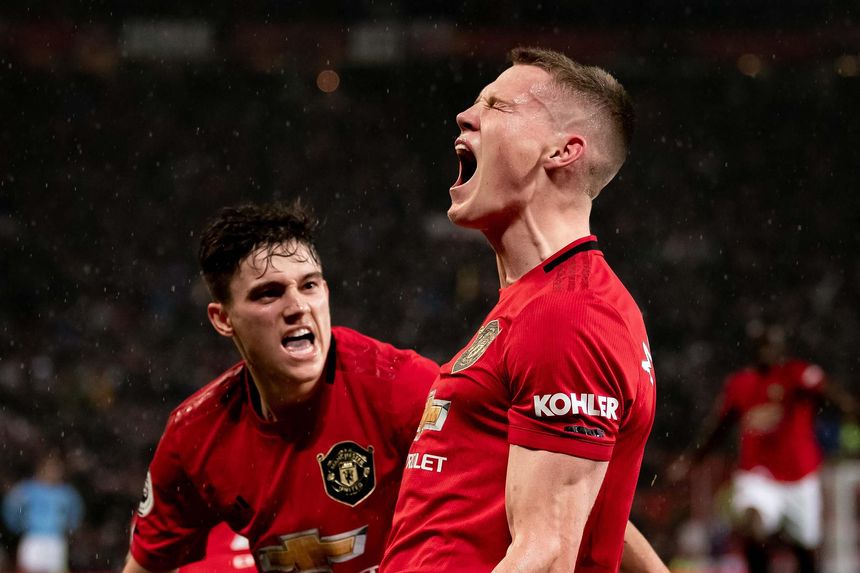 If Ole Gunnar Solskjaer starts Bruno Fernandes and Paul Pogba together for the first time against Sheffield United on Wednesday, there will be a three-way battle to complete Manchester United's midfield three.

Fred, Nemanja Matic and Scott McTominay all hold strong claims to sit behind the gifted duo who performed extremely well in tandem during an impressive 27-minute second half spell at Tottenham Hotspur.

In terms of style and from a tactical perspective I believe 23-year-old McTominay is the man most likely to prop up the gifted Fernandes-Pogba axis.

Backing up two attacking players Solskjaer needs someone who can provide a strong defensive platform.

The Scotland international was in fine form last time out, winning more duels and recovering possession with greater frequency than any Man Utd player.

Fred has enjoyed a terrific campaign and is a busy midfielder who wants to get on the ball as often as possible.

Inside a midfield that already includes two highly accomplished passers in Pogba and Fernandes, there is less need for a player of that ilk.

The experienced Matic is similar in style and stature to McTominay but less mobile than the Scot, who is significantly quicker across the ground.

Dropping into a back three

McTominay is very much an all-round midfielder.

However, it is the youngster's energy, discipline and defensive instincts that could give him the nod alongside the twin playmakers.

In a system designed to maximise their influence the deepest-lying midfield man will naturally drop between the two central defenders.

Late on in the 1-1 draw at Spurs McTominay was moved into a centre-back role, and it is a position he is comfortable occupying.

In a team containing two attacking full-backs in Luke Shaw and Aaron Wan-Bissaka, the Red Devils need the holding midfielder to sit in and make sure there is a back three in place should moves break down.

McTominay, fresh from signing his new five-year contract this week, fits the bill.

He has the form, athleticism and footballing brain to make this position his own.

If Pogba and Fernandes are to succeed as a double pivot Man Utd need a player they can trust to slot in behind them.