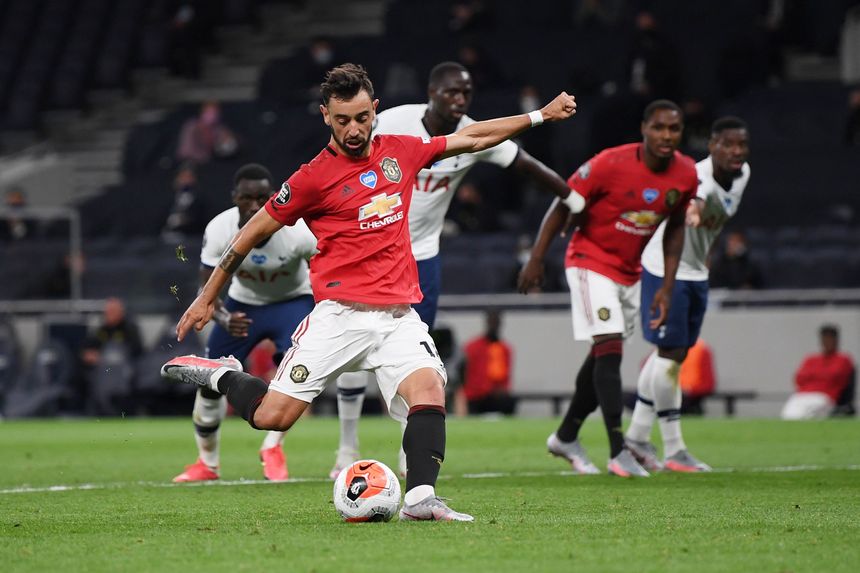 Bruno Fernandes scored a late penalty to salvage a 1-1 draw for Manchester United against Tottenham Hotspur.

Spurs took the lead after 27 minutes in their first match back after the COVID-19 outbreak.

Steven Bergwijn collected a loose ball just inside the Man Utd half and drove into the box before unleashing a powerful shot that David De Gea was unable to keep out.

The Man Utd goalkeeper tipped Son Heung-min's header over shortly after as it remained 1-0 at half-time.

Lloris produced a superb fingertip save to deny Anthony Martial with the visitors boosted by the introduction of Paul Pogba, who was making his first Premier League appearance since December.

The Frenchman won a penalty with 10 minutes remaining after showing great skill before being fouled by Eric Dier.

Fernandes converted to equalise and Ole Gunnar Solskjaer's side were awarded a second spot-kick before the decision was overturned by referee Jonathan Moss following a review by the Video Assistant Referee.