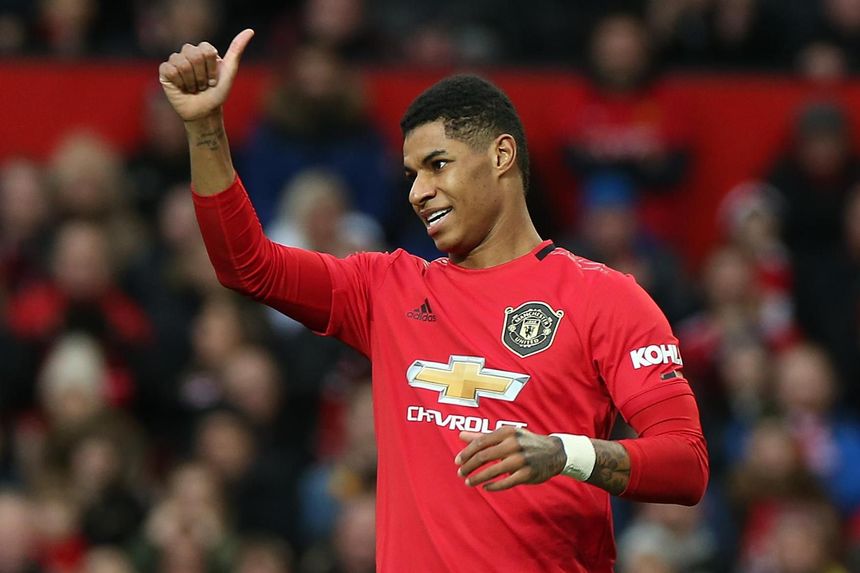 Richard Masters has congratulated Marcus Rashford on getting the Government's backing for his campaign for free school meals for children over the summer holidays.

Since the outbreak of the coronavirus pandemic, the Manchester United striker has been working with the charitable food distributor network Fareshare, helping to raise more than £20million in donations.

The money has been used to provide meals to more than 3million children going without food because of school closures.

After writing an open letter calling for the free meals to continue through the summer holidays, the UK Government responded with a "COVID summer food fund", which will provide families with food vouchers over the six weeks of holidays.

"It's fantastic," Masters said shortly after the Government initiative was announced. "Congratulations to Marcus.

"His perseverance and the way that he's gone about it have obviously moved Government to an important and moving cause. So I offer my congratulations to him."

Masters said Rashford's efforts were symbolic of the good work Premier League clubs and their players have been doing in their communities since the outbreak of the coronavirus pandemic.

As well as the #PlayersTogether initiative raising funds for NHS Charities Together, various individual players have stepped up to help causes close to their hearts. The League has also committed £20million to support the NHS, communities, families and vulnerable groups.

This includes a direct financial contribution to the NHS, and funds to enable the clubs to refocus efforts and develop significant outreach programmes to help communities, including those most in need.

"If you look at how clubs have supported their communities, with lots of players getting involved… we can look back on the last three months with some pride in the way football as an industry has responded to some of the challenges," Masters said.

He reiterated that the return of football from 17 June would not signal an end to such endeavours.

"Hopefully, we can look forward to more good work in the same vein," he added.