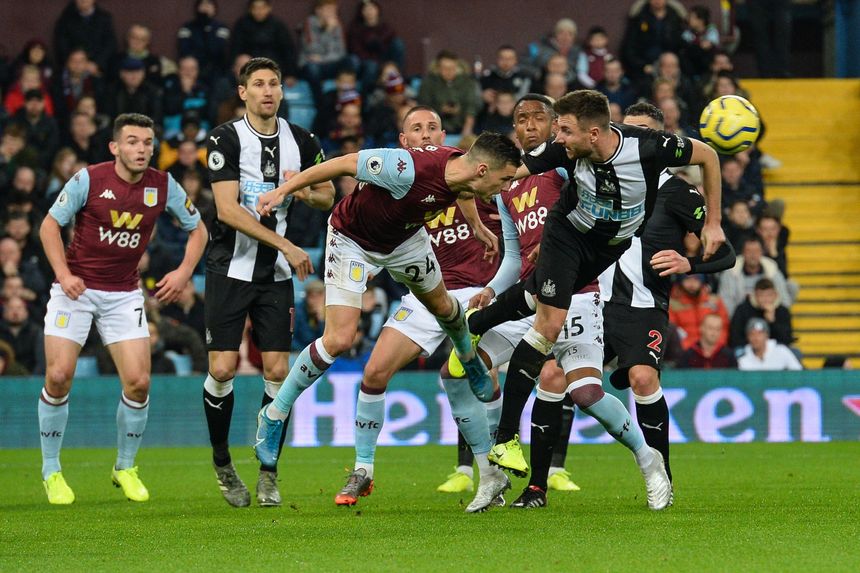 The Presser: Dean Smith previews Newcastle trip External Link
Shearer's five favourite goals: v Aston Villa, 2001/02
Newcastle United are targeting another home win after Sunday’s 3-0 victory over Sheffield United, and could move into the top half.
Aston Villa will look to bounce back from their 2-1 home loss to Chelsea with a win that could lift them out of the relegation zone.

Newcastle have no fresh injury concerns and Matthew Longstaff has returned to training. Sean Longstaff is still out, along with Florian Lejeune and Ciaran Clark.

Frederic Guilbert has returned to training and could come into contention for Villa. But fellow defender Bjorn Engels is still out.

Newcastle are aiming to win a third consecutive Premier League match for the first time since November 2018.

The Magpies' 3-0 win over Sheffield United was only the second time they had netted three goals in a Premier League match this season. They last scored three times in successive top-flight encounters in January 2015.

Dean Smith's visitors are the only side yet to keep a clean sheet on the road in the Premier League this term.

Villa could complete a Premier League double over Newcastle for the first time since 2004/05, having beaten them 2-0 at Villa Park in November.